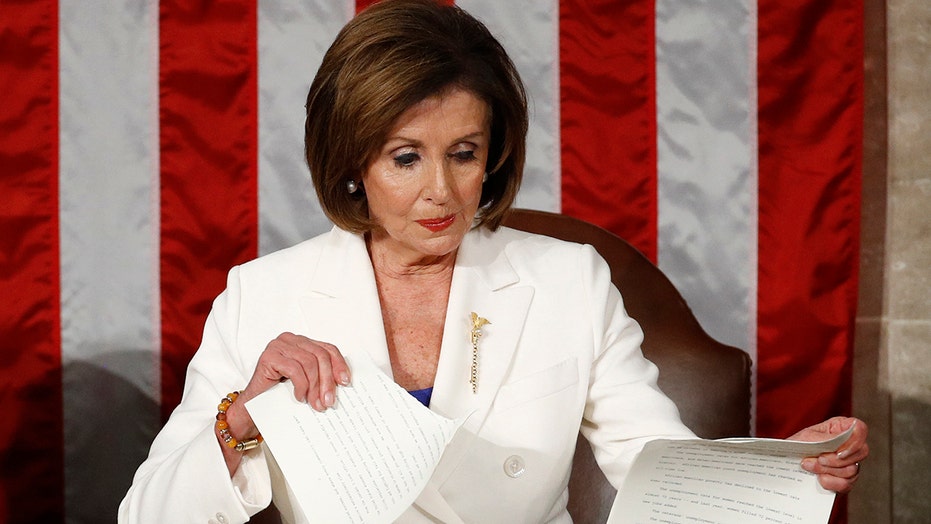 President Donald Trump brought what he called the “Great American Comeback” to the State of Union Speech on Tuesday night. When it was over, House Speaker Nancy Pelosi tore up her copy in response.

And the traditional news media ripped the speech to shreds on Twitter, echoing the Democratic Party line.

Her co-worker, Post Outlook Deputy Editor Mike Madden, commented that, “Trump sounds just like a right-wing radio talk show host” and linked to a piece about that.

New York Times TV Critic James Poniewozik echoed the reality TV sentiment, with these mocking words: “Can't wait until every congressperson looks under their seat and finds out they're getting a car.”

Other media types completely lost it. “We are staring down the face of fascism,” tweeted Times Editorial Board member Mara Gay.

It was a speech that reached out to all of the American people but made several references to economic gains in America’s minority communities. That made the liberal press furious.

Times White House Correspondent Maggie Haberman noted how Trump Senior Adviser Jared “Kushner is trying to make an appeal to black voters.” She added that “Other Trump advisers” saw as an attempt to “reassure suburban white women who have deserted teh [sic] president that he isn't racist.”

The Root’s Politics Editor Jason Johnson blasted the Trump administration for the speech and the African-Americans who attended. “These black folks allowing themselves to be exploited by this administration, that has consistently encouraged and coddled white nationalists, should be ashamed.”

Defense One Executive Editor Kevin Baron looked down on the move, saying, “Nice gesture, I guess? Sure seems like a political stunt.”

Post columnists were even angrier. Theoretical conservative Jennifer Rubin, wrote, “Women generally hate this president. What's up with men?” While she hated Trump, she said, “I love the speech tearing. Perfect.”

Another Post Never Trump columnist, Max Boot, described one section of the speech as “We are now in the fear-mongering part of the evening with Trump attacking his favorite bogeymen--socialists and immigrants.”

Wall Street Journal columnist Peggy Noonan summed up the evening quite well, writing, “This is a big night, a cleaved down the middle night with no one trying to hide the divide. No ameliorating courtesy, no enacting of formal regard. Just the great divide, unhidden and out there for all the world to see.”

Coming on the heels of three years of the failed Russian collusion story, followed by a failed impeachment, it’s hard to imagine the night could be any different.