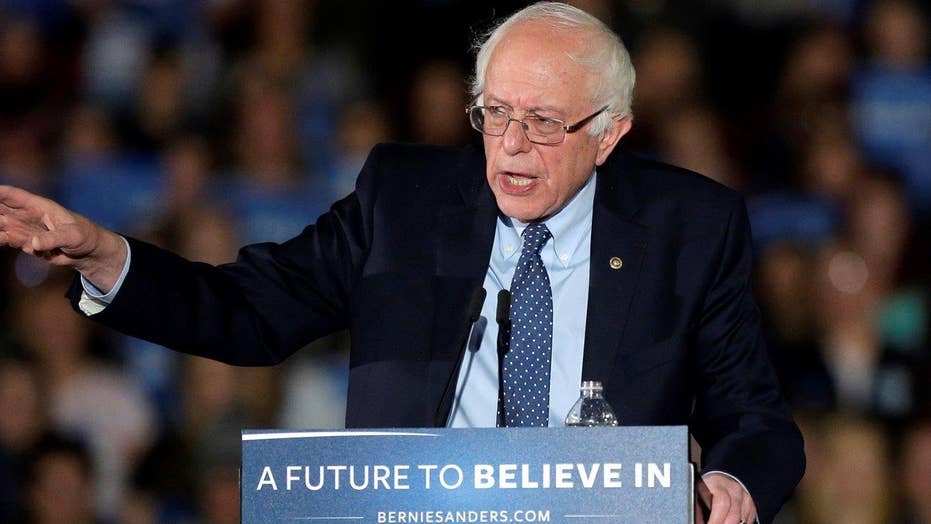 Sanders blowing it by not attacking Clinton over scandals?

After losses in Nevada and South Carolina there’s no doubt that Bernie Sanders faces a tough uphill battle for the Democratic nomination. But as an economic conservative, I urge Super Tuesday voters to give Bernie a closer look.

On some key areas of policy, his views should be attractive to disaffected voters on both the left and right, who together—as demonstrated by Donald Trump’s and Sanders’ strong challenges to political establishments in the primaries—likely constitute a majority of the general electorate.

Increasing the economy is monopolized. For example, prices for medical procedures and insurance are much higher in locales where the Affordable Care Act has permitted hospitals and insurance companies to enjoy limited competition.

Germans pay about a third less for health care—and the British nearly half—than Americans.  ObamaCare didn’t make it cheaper but instead imposes terrible bureaucratic burdens and requires too many young people to purchase coverage with huge deductibles they cannot afford.

Bush Care, which mainstream Republicans want to resurrect with tax deductions and other gimmicks, left too many people without insurance, because sometimes the free market doesn’t work very well.

Like it or not, sometimes, the government has to create a regulated public utility or do the job itself. A single payer system in the model of Britain, as both Sanders and Trump have advocated, may be the only way to relieve the hassles and rein in high costs.

In the wake of the 2008 financial meltdown, Dodd-Frank has not limited the power of the big banks. Instead it has imposed mindless reporting burdens onto community banks—who didn’t cause the crisis in the first place. Now small businesses can’t get loans and create enough jobs.

Big banks are absorbing smaller regional banks, gambling with our deposits on commodities and foreign exchange, and stuffing executives pockets with huge bonuses.

His skepticism of free trade—supported by many moderates in both parties—is well founded. With Republican support, President Obama implemented a free trade pact with South Korea that has ballooned the bilateral trade deficit and killed 130,000 jobs.

Certainly, I find many of Bernie’s redistributionist policies too expensive and badly conceived.

Aggressive taxes could easily drive more businesses off shore and make everyone poorer in the bargain.

We hardly need to send everyone to college. The problem with higher education is not access but high prices—more subsidies won’t fix that.

However, the country is already spending a ton on national health care. It’s really a problem of redirecting that money to a national health care agency—businesses and ordinary folks may be paying more taxes to fund it but they will get to skip those huge health insurance premiums, co-pays and deductibles.

Banks have proven too big to regulate and their huge political contributions have motivated federal antitrust cops to turn a blind eye to their abusive behavior.

After taking huge federal subsidies to build a green factory in Indiana, Carrier is moving operations to Mexico. You got to admit, its executives know how to mine the system but workers and taxpayers get the shaft.

I would prefer any of the Republicans to Hillary Clinton. She is too tainted by acts of questionable integrity, too beholden to powerful business interests that are bilking ordinary Americans and fighting battles long ago won—young women now receive 60 percent of college degrees, often earn more than young men and increasingly are assuming positions of leadership throughout society.

Bernie is straightforward and honest. He learned about the dreams of ordinary people the same place I did—playing stickball on the streets of New York.