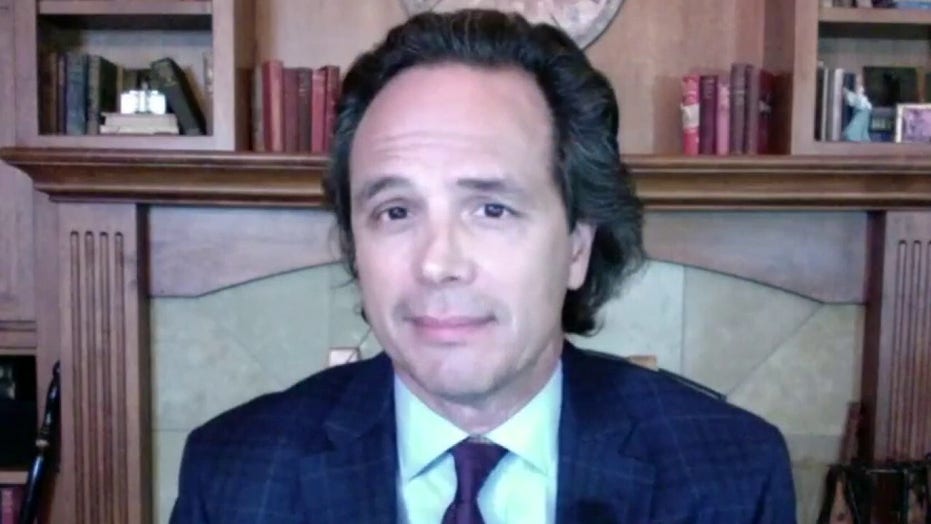 Whether Donald Trump or Joe Biden wins in November will be decided largely on which candidate voters believe will steer us out of the recession caused by the response to the coronavirus.

Even with the good May job numbers, the economic recovery lies in the balance and with a historically high number of Americans unemployed, strong pro-growth policies – not the Biden job-killing plan to raise taxes – are necessary

Small business has been crushed by the lockdown era. For instance, as much as 30 percent of restaurants are likely to never reopen because of the steep financial losses of the past several months. Surveys of small business owners find that as many as half worry that they will not have the financial resources to avoid bankruptcy this summer.

Given that small business has accounted for 61 percent of the job growth in this country over the last two decades, without healthy small businesses, we could see double-digit unemployment rates through the November elections and beyond. To address that, we need policies that will foster small business startups.

Of course, the secret to capitalism is right there in the word – capital. In order to start a business, the prospective owner must accumulate capital (usually savings and often capital from investors or banks). The entrepreneur then places that capital at risk. Whether the entrepreneur takes that risk depends on how easy it becomes to accumulate capital and the expected rate of return.

That brings us to Biden’s economic strategy for the country. Especially in a down economy, business startups and expansions require low-cost capital, labor, energy, taxes and regulations. Incredibly, Biden’s entire platform is to raise those costs on business startups. His program is so bad that, if enacted, it could plunge the United States into a serious depression.

Biden continues to double down on his pledge to undo the Trump tax reform – the very policy that lowered capital costs and led to the surge in economic growth and resultant job numbers (more than 6 million surplus jobs by the start of 2020).

In his plan, Biden promises to raise individual income tax rates on high-income earners to 39.6 from 36 percent. He would raise capital gains rates to somewhere between 28 and 35 percent – from 23.8 percent now – the largest single increase ever. On the corporate side, Biden is promising to raise corporate tax rates to 28 percent from 20 percent now. He would also double the tax on foreign income that had brought so much money home to America.

Of course, a Biden presidency would also likely mean a Pelosi House of Representatives – a recipe for even larger tax hikes than Biden is currently proposing.

The effect of the proposed Biden tax hikes, including his capital gains hike, would not only take money away from the employers that survive the shutdown, but he also wants to take savings/capital away from the very group of people most capable of starting up new businesses.

Few logical people think taking hundreds of billions of dollars out of the private sector, in the form of tax increases, is the right thing to do when an economy is weak let alone with unemployment so very high.

Few logical people think taking hundreds of billions of dollars out of the private sector, in the form of tax increases, is the right thing to do when an economy is weak let alone with unemployment so very high. Obviously, his plan isn’t about job growth, it is all about satisfying the "fairness" crowd on the Left that wants to equalize incomes in a way that only ever makes everyone poorer.

Biden’s defenders say he would only raise taxes on the rich to where they were under President Obama. Not true. Biden wants to raise the Social Security payroll tax cap much higher, which means that the 15 percent payroll tax would be added to the 39.6 percent income tax rate to create a de facto highest income tax rate on those making above $300,000 a year to close to 50 percent.

Even if Biden was just going back to the Obama era tax and regulatory regimes, that is hardly a promising strategy. Eight years of The Obama administration policy prescriptions produced the worst economic record of any modern president. Going back to that now would result in deep unemployment, however long the Biden policies would be in place – which would hardly benefit working-class Americans.

That is not the only damage, however, that Biden wants to do.

Biden is also demanding that the minimum wage be raised across the country to $15 an hour – although he also said even that wouldn’t be enough. Obviously, raising the cost of labor in a weak economy, i.e. the costs for being in business, which will hit the restaurant industry the hardest, is a prescription for reducing business startups.

It doesn’t end there for Biden. Now he says, “We have an opportunity now to take, in a recovery act, a real recovery. We can fundamentally change the science relating to global warming.”

That is thinly veiled code for repeating his pledge to end the use of fossil fuels and adding monstrous regulations to the economy, i.e. raising the costs of energy, investment, labor, etc. – along with even higher taxes. Biden’s Green New Deal and its higher costs are antithetical to business startups.

Biden’s energy policies will also hit the profitable energy sector hard and thereby weaken the economy. His policies would hurt our agricultural economy, the building industry and on and on. All of those sectors will become weaker, which will discourage startups as the nation’s wealth diminishes.

Overall, Biden wants to raise the costs of doing business in America and drain the private sector of much-needed startup capital. Those are policies that he followed during the Obama administration and they were one reason their administration featured a rare moment in U.S. history: more business failures than startups.

There is almost nothing in the Biden-Pelosi economic strategy that is pro-business or pro-growth.  The Tax Foundation estimates a reduction in output under the Biden program – and that is putting it mildly.

Uncle Joe Lunch Bucket is advertising himself as the champion of working-class America, but history shows higher taxes often turn recessions (when your neighbor loses his job) into depressions (when you lose your job).  Soaking the rich and clubbing small businesses is a prescription for economic misery, not a recovery and why Joe Biden shouldn’t be president.

Steve Moore is a Fox News contributor. He previously wrote on the economy and public policy for The Wall Street Journal.