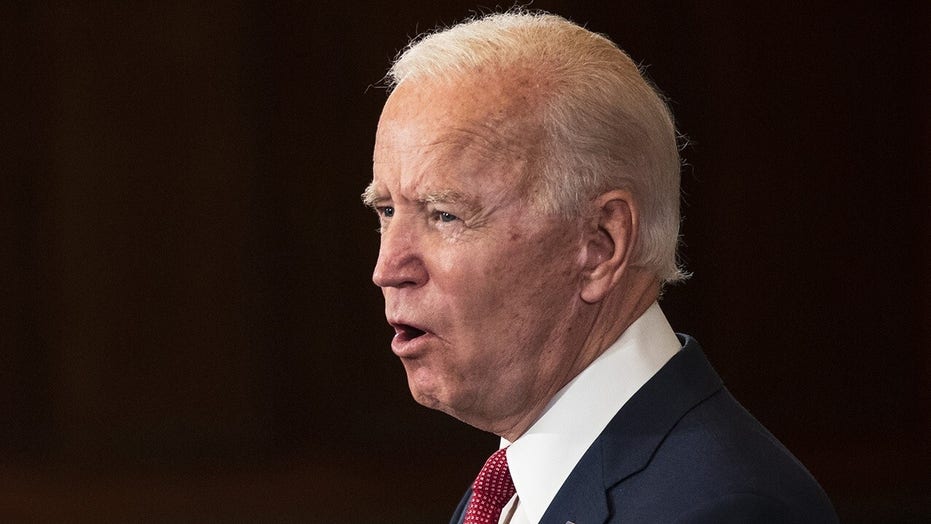 At this moment, even as Democrats demand stricter oversight of cops and call to “defund the police,” Joe Biden, author and promoter of the 1994 crime bill, is their candidate for president. Let that sink in.

The irony is magnificent. For decades, liberals have thundered against the Violent Crime Control and Enforcement Act, signed into law by President Clinton with the enthusiastic support of his wife Hillary.  The legislation, now deemed racist by the Left, toughened sentencing laws, funded the hiring of 100,000 new police officers and designated almost $10 billion for new prison construction.

It passed Congress easily with, as the Clintons have argued, the support of the black community which, at the time, was combating out-of-control violence in their neighborhoods.

And now Biden, who “largely wrote and shepherded [the bill] through the legislative process,” according to the Annenberg Public Policy Center, is the standard-bearer for the party that wants to dismantle every aspect of that law.

That is not the only irony we see today. In addressing the cruel killing of George Floyd, and pushing for more oversight of cops across the nation, Democrats – champions of organized labor – are citing police unions as major hurdles to reform.

In a recent piece, the New York Times says the unions “use their outsize political power” to keep cops from being held accountable and huffs that, “A single New York City police union has spent more than $1 million on state and local races since 2014.”

Unions, the Times reports, stand in the way of getting rid of bad actors. Yes, they do. And we could say the same for the teachers' unions, which do exactly the same, and which gave tens of millions of dollars to Democrats running for office in 2016.

Biden is a big promoter of unions; he promises on his campaign site to “Encourage and incentivize unionization and collective bargaining.” Maybe now he’ll need a footnote excepting police unions.

Policies sometimes move from one extreme to another, and such is the case today with law enforcement. Rather than focusing on the devastation of our cities, the nation’s outrage over the killing of George Floyd is now directed toward harnessing the police.

Some Democrats have heeded the call. Los Angeles Mayor Eric Garcetti made a big show of slicing his city’s law enforcement budget, though some have noted that LA’s dire fiscal outlook made such cuts inevitable and characterized the move as political theatrics.

New York City Mayor Bill de Blasio, who was booed by protesters recently for having defended his city’s cops, caved to critics and recently tweeted, “This morning we committed to move resources from the NYPD to youth and social services as part of our City’s budget.”

Much as the nation is disgusted by the death of George Floyd and other apparent misdeeds targeting blacks, history shows Americans will not tolerate public officials who fail to keep our streets safe.

This, even as recent experiments with dumbing down law enforcement have spectacularly backfired.

Last year New York state passed controversial “bail reform” legislation, which designated a long list of crimes for which people could no longer be jailed. The new policies took effect at the start of this year, triggered a surge in crime, and almost overnight became a political embarrassment.

The NYPD has blamed the new no-bail rules for a 20 percent spike in crime since the legislation took effect. They claimed that in the first three months of the year 482 people arrested were released from custody only to commit 846 new crimes, of which 299 were “major” felonies, including one murder.

Seeing the catastrophe they had unleashed, the brainiacs behind this idiocy attempted to clean up their handiwork. They failed to fix the mess, which is why even as the NYPD arrested hundreds of looters smashing New York City to bits on recent nights, those criminals were swinging through the revolving doors of New York justice back onto the streets, mostly within hours of being detained.

Some 59 percent of New York residents have soured on the bail reform initiative and even the hapless de Blasio, at the urging of his police, has called for changes in the law. And that was before the chaos of recent days.

Democrats want to take their softer-on-crime approach national. Legislators in the House are beavering away on a new bill aimed at tougher, federally mandated police “reform.” They want to eliminate certain police methods, such as chokeholds, prohibit the transfer of military weapons to the police, and make it easier to prosecute misconduct. The law is called the “Justice in Policing Act of 2020”; the New York Times describes it as “the most aggressive intervention into policing in recent memory.”

Biden, speaking after the death of George Floyd, called for some of the same measures. That is surely a far cry from his tone in 1994 when he voted to put more cops on the street and expand prisons.

This is dangerous territory, both literally and politically. When the thugs destroying stores in Manhattan and Brooklyn learned there would effectively be no penalties for their misbehavior, they went right back out and did it again the next night. Such laws do not protect our citizens.

Meanwhile, the mayor of Minneapolis, Jacob Frey, a civil rights lawyer elected to mend the relationship between the police and the city, is learning the hard way that it is not easy to appease the mob. The Times reports that the 38-year-old Democrat got a “stinging rebuke” from a “sea of protesters” chanting “Shame!” “Shame” recently, when he confessed that, “I do not support the full abolition of the police.”

Democrats, including Joe Biden, are on shaky ground here. Much as the nation is disgusted by the death of George Floyd and other apparent misdeeds targeting blacks, history shows Americans will not tolerate public officials who fail to keep our streets safe. (See: Nixon in 1968.)