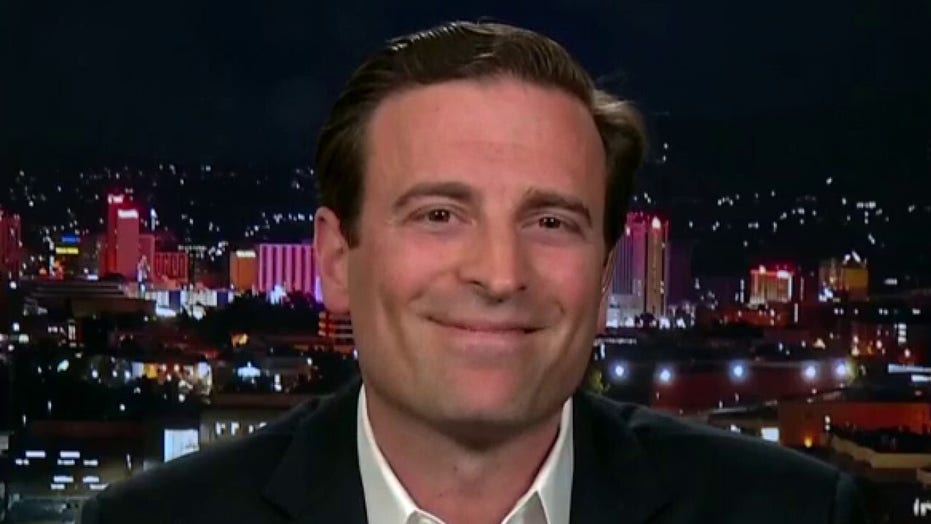 Make no mistake: Voter fraud is real. Democrats, the anti-Trump news media and the so-called public interest groups on the political left will tell you otherwise, but they are either lying or totally ignorant.

Voter fraud is a threat to the integrity of our elections, the heart of our democracy. Democrats want to make the problem worse with their new voting laws.

I believe this issue is incredibly important, now more than ever. So, as part of my ongoing Election 2020 podcast series, I decided to examine voter fraud in depth in this week’s episode of my podcast “Newt’s World.”

RNC CHAIR MCDANIEL: DEMOCRATS AND VOTER FRAUD IN NEVADA — HERE'S HOW IT WILL IMPACT YOU

My guest is Hans von Spakovsky, a senior legal fellow at the Heritage Foundation and manager of the think tank’s Election Law Reform Initiative. He is one of the preeminent experts on election law and election fraud and explains how Democrats are pushing proposals that will clearly make fraud more prevalent.

Anyone who denies the existence of voter fraud in the U.S. needs to go to Heritage’s online database, where they will find 1,285 proven instances of it – including 1,110 criminal convictions.

Some of the stories are quite striking.

In 2016, for example, Elbert Melton, the former mayor of Gordon, Ala., illegally notarized two ballots, without witnesses present, while running for reelection. Melton won the race by only 16 votes. Many local and state races are decided by such small margins. He was convicted of absentee ballot fraud, removed from office, and sentenced to one year in prison.

The biggest way to expand voter fraud is to expand voting by mail. And Democrats want to impose universal vote-by-mail across the country.

Traditionally, voters have long been able to request that an absentee ballot be mailed to them if they have a valid excuse for not being able to go to their local polling place – the physically disabled or sick, and of course our troops stationed abroad and their families. This is still the case in most states, but some – such as Oregon – simply mail an absentee ballot to every single registered voter.

The problem with mailing ballots like this is that the lists of registered voters across the country are in terrible shape, and states do a poor job of cleaning their voter rolls. In fact, most states have given up on doing so. Every time they try, well-funded liberal groups accuse them of purging active, eligible voters from the rolls to suppress voting.

As a result, ballots get mailed out to people who no longer live at the same addresses because they have moved or died.

Therefore, a precious item, perhaps our society’s most valuable – the ballot – is just out there, for anyone to exploit. It isn’t that difficult to imagine how people could fill out fraudulent ballots, mail them in, and have them counted.

Voting by mail also leads to ballot harvesting – the practice of allowing third parties to collect voters’ ballots and turn them in together to polling stations.

Imagine a political operative or a campaign volunteer showing up at your front door to collect your ballot and deliver it for you. Your ballot would no longer be secret, but more importantly, the operative or volunteer could pressure or even intimidate you to vote a certain way – especially if you are sick, elderly, or speak poor English.

Another invitation for dishonest elections and inaccurate voting is same-day registration. Under this system, if you aren’t registered to vote, you can register on Election Day and immediately vote. Election officials have no time to verify your information or determine if you’re even an eligible voter who lives at the address that you provide.

Democrats are pushing all of these measures in earnest. They included each one and many more in HR 1, the very first bill that Democrats introduced after they retook control of the House in 2018. And House Speaker Nancy Pelosi, D-Calif., included the same measures in her $3 trillion monstrosity of a bill that is supposedly meant to stimulate the economy amid the coronavirus pandemic.

Pelosi and the Democrats are using the coronavirus as an excuse to impose these voting laws and other far-left ideas on the country. As Hans von Spakovsky explains to me, Liberia had a successful election in 2014 despite the Ebola epidemic. Wisconsin also held an election without problems earlier this year, as did South Korea, amid the current pandemic.

Polling places just need to institute the necessary safety measures, which they can do. The fearmongering from the news media and the left about the consequences of holding the November election in person has no basis in reality.

But Democrats are still pushing these voting laws as a deliberate strategy to maximize their ability to win elections. I’ve spent a lifetime in politics and don’t remember anything this bad, where people are so blatantly and openly willing to push illegality – in this case in the form of voter fraud.

As von Spakovsky notes, Democrats have gotten to the point where they believe the ends justify the means. They believe that President Trump is so terrible and evil that anything they do to win, even cheating, is justified.