Where is the president?

After yet another weekend out of sight, Americans should be wondering if our president even wants the job.

Joe Biden’s campaign was famous for calling early "lids," that is sending his traveling press home for the day before the day was even half over. Campaigns are normally furiously busy events known for crushing schedules and exhausting programming. But not Joe Biden’s. His was a mellow affair, mostly done on a video feed from his home.

The official excuse was COVID-19 and while it certainly made sense that a then-77 year old man might be concerned about catching the virus and would therefore limit his in-person exposure, it didn’t make sense that even his remote events were extremely limited and rare.

But now that he is president, his absence is stranger than ever. On Friday, when he left for his house in Rehoboth Beach, Delaware, over 14,000 Haitian migrants had crossed the Rio Grande from Mexico.

The shocking images of a wave of humanity camped out under a bridge in Del Rio, Texas, should have been enough to spur comment from the man in charge. But not this man.

In March, Biden had put Vice President Kamala Harris in charge of the border. She assiduously avoided even visiting the border until mid-June when the drumbeat of criticism had finally grown too loud for her to ignore.

At the end of July, Harris said that the administration would address "root causes" though she didn’t say how long that "root causes" strategy would take to actually be implemented.

HANNITY: BIDEN NEEDS TO END REHOBOTH BEACH VACATION AMID CRISES: ‘GET OFF HIS A-- AND GET TO WORK’

That same day, the White House actually touted their achievements in a released statement "In the six months since, the administration has made considerable progress to build a fair, orderly, and humane immigration system." The people under the bridge in Del Rio, Texas would surely love to hear more about that fair, orderly and humane system.

The bigger question is when Biden’s cheerleader media will finally get around to asking him why he keeps disappearing on us. It isn’t normal for an American president to fall out of view as frequently as President Biden.

Also on Friday, the Pentagon admitted that an American drone strike in Afghanistan had not killed any terrorists but instead had killed 10 civilians including 7 children. An FDA panel had rejected the idea of COVID booster shots for all Americans that the Biden administration hoped to imminently roll out. France recalled their ambassador in a fit of anger over a Biden administration deal with the UK and Australia. 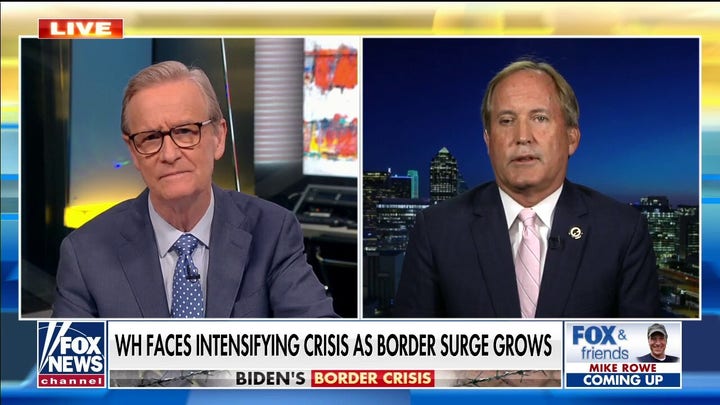 But President Joe Biden was at the beach. His spokesperson Jen Psaki also did not hold a briefing. It’s a vacation administration and everyone is invited.

We are in crisis mode in this country. Our border is in deep trouble, Americans remain trapped in Afghanistan, we have over three times as many COVID cases today as we did a year ago before there were any vaccines, and our president thinks it’s OK to duck out of sight.