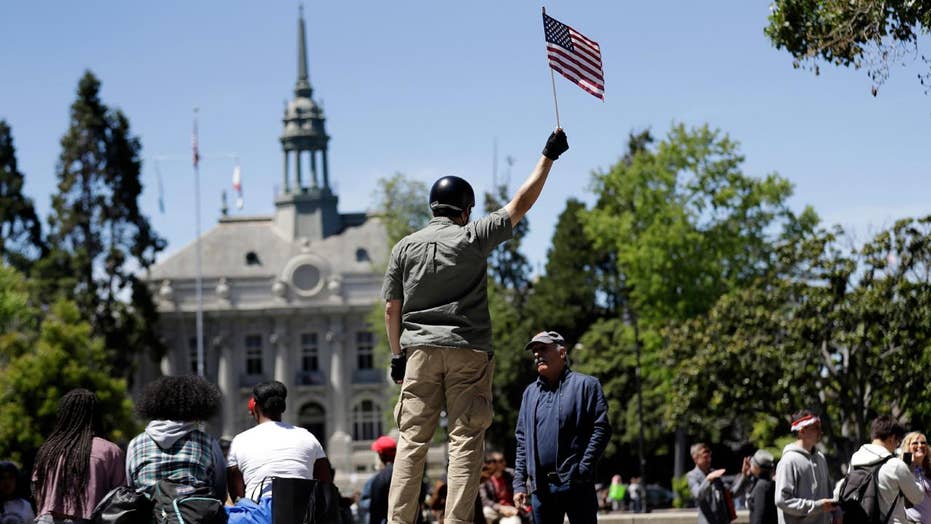 The episodes of progressive intolerance and violence at Middlebury, Berkeley and other college campuses have gotten people talking about the new dark ages on campus. The doors of our cathedrals have been wrenched open, the altars have been stripped, the statues vandalized. The Barbarians have arrived.

I might have gone along with this had I not been a student in the 1960s. Because I’ve seen it all before.

Even the ideas are the same, borrowed from New Left guru and communist Herbert Marcuse. Being required to grant conservatives free speech rights was “repressive tolerance.” There were some ideas so horrible that we’d become complicit if we showed a willingness to debate them.

When you get down to it, I agree with that. In principle, that is. I’m not going to debate Nazis, Holocaust Deniers, Fascists. Doing so would look like I’m admitting that there is anything of value in their ideas. What Marcuse was doing, however, was shifting the goal-posts. He lumped liberals and conservatives in the same bag as the Nazis, to shut down a dialogue with anyone other than a hard core Marxist.

For campus radicals in the 60s, that was catnip. They could occupy the principal’s office, disrupt classes, and not have to listen to anyone other than themselves. Life was good. And that’s just what’s happening today, with the hard-left progressives on campus.

You can call them "snowflakes" if you want, but the guys who cover their faces and dress up commando-style don’t look like wimps. For me, they’re simply 60s radicals playing Batman.

Yet something has changed. It’s not the kids, however. It’s the adults.

Back in the 1960s there were still adults in the room, administrators who didn’t like to give up their offices and see excrement smeared on their desk when they returned. The older generation of university deans and presidents were members of the Second World War generation. They might have been technocrats, but they were technocrats with chests. Back then conservatives faulted them for letting things get out of hand, but compared to today’s university officials they were Prussian martinets.

Yesterday’s student radicals have become today’s faculty members and deans. Over time the left’s long march through the institutions succeeded. The mongoose worked its way through the belly of the snake as the older generation of teachers and administrators passed on, their places taken by the former student radicals.

Today’s students don’t arrive on campus as fire-breathing radicals. That’s just how they graduate, after a relentless program of indoctrination from tenured social justice warriors on faculty and in college diversity programs.

Superb teachers, such as Anthony Esolen at Providence College, are made pariahs by students and faculty because they question the cult of diversity.

Academics who still believe in free speech rights, such as Allison Stanger at Middlebury, are bullied and injured.

Following Marcuse’s logic, free speech for conservatives is taken to be violence. Meanwhile, none of the student thugs at Middlebury have been prosecuted or sanctioned by the college. Violence by the left is now accepted as free speech.

One can almost sympathize with the students. If it’s acceptable to shun, mock and even physically attack conservatives, then it requires more self-confidence and courage than that possessed by the average eighteen year-old to resist the pressure to conform. Add to this the economic pressures of obscene tuition hikes (to pay for all the diversity training), the lack of a right to a bankruptcy discharge for student debt loads, and the disappearance of jobs for graduates, and what else would you expect.

So I don’t blame the kids. I blame the institutions that coddle them, that seem to exist for the sole purpose of turning them into proper little radicals. They’re barbarians, of course, but then pretty much all of us were barbarians at age eighteen.

All of which tells us where to look for an answer. Hand-wringing doesn’t cut it. Nor does hoping for some kind of a moral rearmament crusade.  They’re really only one thing college administrators pay attention to, and that’s money. And the spigot for the money is mostly in the hands of the federal and state governments. It’s time for them to act.