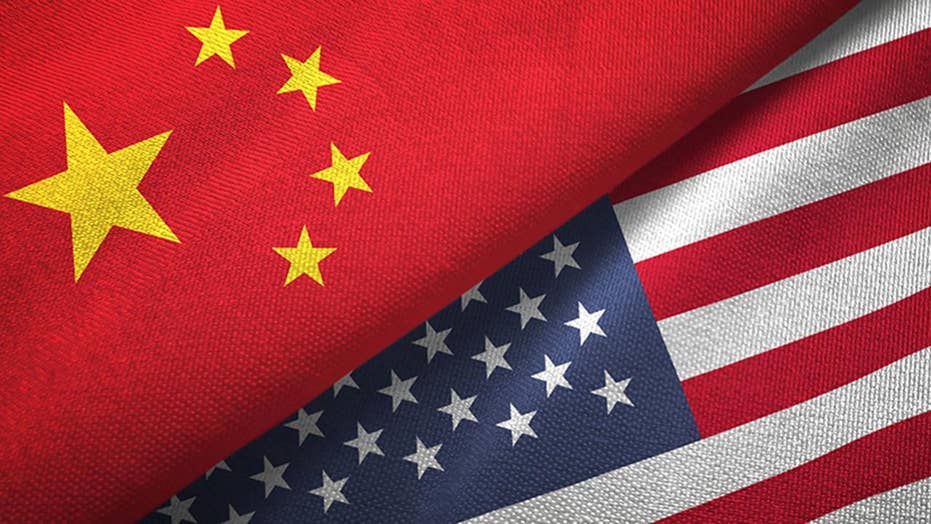 China has confirmed that progress has been made on trade with the U.S. FOX Business' Stuart Varney with more.

Friday’s announcement by President Trump and China that they have reached a Phase One trade deal that includes canceling the imposition of new U.S. tariffs on Chinese products is good news for the American people. It is a huge deal, fulfilling yet another Trump campaign promise and confirming his strategy of using America’s enormous economic leverage to compel our trading partners to deal with us fairly.

Chinese Vice Commerce Minister Wang Shouwen confirmed the deal, saying the two sides had made “significant progress” and that the deal will create “better conditions” for U.S.-China trade.

FARMERS, MANUFACTURERS WELCOME 'PHASE ONE', BUT ASK TRUMP FOR MORE

For many years, American politicians stood by and did nothing while other countries took advantage of our generous approach to international trade. During the 2016 campaign, then-candidate Donald Trump said he would change that.

A staunch advocate of reforming America’s trade policy for decades, candidate Trump warned of the dangers of massive trade deficits at a time when politicians from both parties – unable to figure out how to negotiate improved trade relations – chose to ignore the extent of the problem.

In his campaign to become president, Trump promised he would stop our trading partners from continuing to victimize American workers and businesses with abusive and illegal practices.

President Barack Obama was skeptical. He claimed that candidate Trump “just says, 'Well, I’m going to negotiate a better deal.' Well, how exactly are you going to negotiate that? What magic wand do you have? And usually, the answer is, he doesn’t have an answer.”

Well, Trump – a master dealmaker during his long career in business – did have an answer. It may not be a magic wand, but it is certainly a solution to trade policy challenges that past presidents were unable to overcome.

And Trump’s triumph on trade with China comes just days after congressional Democrats finally had to cave and agree to give approval to his U.S-Mexico-Canada Agreement (USMCA) on trade – another victory for the American people that will boost our economy.

For President Trump, this is about more than politics, as his staunch positions in trade negotiations well demonstrate. He recently declared his willingness to wait until after the 2020 elections for a comprehensive trade agreement with China.

This was a  signal by our president to Chinese President Xi Jinping that the only way to escape the pain of U.S. counter-tariffs was to make an enforceable commitment to end unfair trade practices, such as forced technology transfers and currency manipulation.

Within two weeks of calling China’s bluff, the president was able to announce “an historic and enforceable agreement on a Phase One trade deal that requires structural reforms and other changes to China’s economic and trade regime in the areas of intellectual property, technology transfer, agriculture, financial services, and currency and foreign exchange.”

The president recently slapped metal tariffs on Brazil and Argentina because both countries artificially devalued their currencies to boost exports – a practice that China was able to turn into an art form, thanks to the failure of previous administrations to stand up to such abusive practices.

President Trump isn’t letting the European Union off the hook, either. Shortly after winning a World Trade Organization ruling against illegal EU subsidies for airplane manufacturer Airbus, the U.S. is now preparing to impose tariffs on dozens of French products in retaliation for punitive taxes targeting American tech companies.

When Trump speaks on trade, he’s negotiating for America. That directness often unnerves foreign leaders as well as journalists accustomed to politicians more concerned with winning the next election than ending the era of one-sided trade relationships.

As the president’s successful negotiation of the USMCA and the Phase One China trade deal demonstrate – not to mention his deals with South Korea and Japan – Donald Trump is a strong proponent of free trade, as long as it’s also fair trade.

Fighting for American workers is a promise candidate Trump made to the American people, and a promise President Trump is keeping.

The current strength of American’s labor market, rising wages, plentiful jobs and declining income inequality are all a direct result of President Trump’s successful policies, and we are all benefitting. With deals like the USMCA and China Phase One, prosperity is likely here to stay for quite some time.