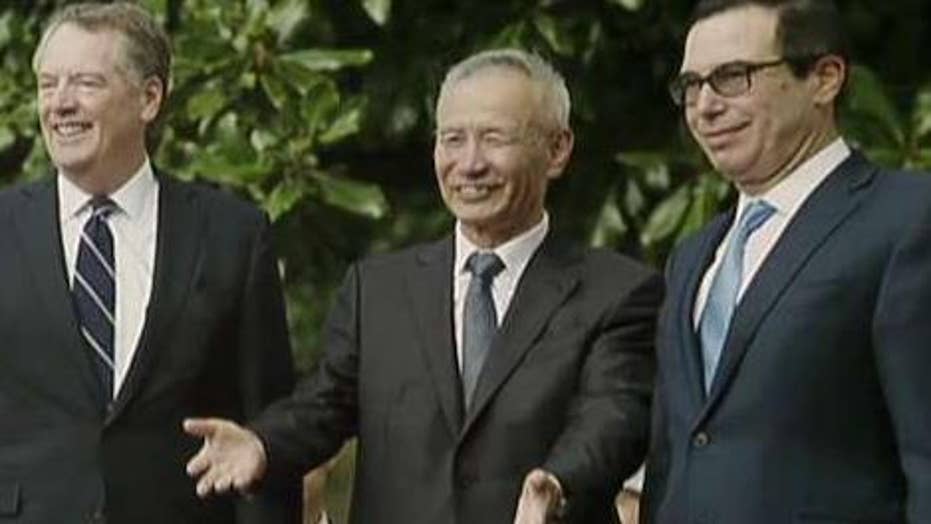 The Democrats are so obsessed with obstructing the Trump administration that they’re throwing American workers under the bus in an effort to undercut the president’s agenda.

The Democratic-led House of Representatives recently passed legislation to reauthorize the Export-Import Bank (Ex-Im), a core tool of U.S. trade policy that Democrats have historically championed. But, it passed only after radical Democrats – who now seem in control of their party’s politics – torpedoed a bipartisan version that would have restricted the bank’s ability to do business with firms owned by the Chinese government.

Democrats obviously oppose Trump’s policies, but using the Ex-Im reauthorization bill as a vehicle for their own competing priorities merely squelches the prospect of a rare bipartisan accomplishment that would directly benefit American workers.

Those restrictions were perfectly reasonable. Ex-Im’s primary function is to guarantee loans to foreign businesses in order to facilitate purchases of U.S. exports that would not otherwise take place. Boeing, for example, benefits immensely from Ex-Im financing of large aircraft purchases by foreign customers.

The Chinese government, however, is not exactly strapped for cash. Ex-Im loans to state-owned Chinese firms are essentially just a giveaway to the communist regime itself.

The only reason Democrats are so adamant about allowing Ex-Im to subsidize China is that failing to do so might benefit Trump.

The president is engaged in high-stakes trade negotiations designed to end China’s abusive trade practices. His strategy of imposing strategic counter-tariffs on Chinese imports is clearly working. China’s economic growth has plummeted to its lowest rate in decades, and the two sides are getting steadily closer to a deal – but Ex-Im loans could weaken the U.S. negotiating position and undercut that progress by offering a lifeline to struggling Chinese companies.

Senate Majority Leader Mitch McConnel, R-Ky.,  made it clear before the House even voted that the Democrats’ poison pill reauthorization bill would be dead on arrival in the Senate — but House Speaker Nancy Pelosi , D-Calif., rammed it through anyway, raising the prospect that the Ex-Im could become the next victim of her political gamesmanship.

The issue of providing taxpayer-subsidized loans to state-owned Chinese firms isn’t the only indication that congressional Democrats are turning Ex-Im into a political football.

Not only would Ex-Im be required to work with foreign buyers to reduce the “CO2 footprint” of all projects, it would also have to direct more of its resources toward financing “evolving technologies that reduce CO2 emissions” at the expense of other projects.

What’s more, the Democratic reauthorization bill would essentially compel Ex-Im to act as a global cheerleader for environmental activism, mandating that the bank “advocate in international fora for the availability of financing incentives for low to net zero CO2-emitting projects.”

Those provisions run directly contrary to the Trump administration’s positions on both energy and environmental policy, which are designed to balance ecological and economic considerations to ensure that efforts to reduce pollution don’t inadvertently reduce prosperity.

Thanks to the president’s actions, particularly his decision to withdraw from the disastrous Paris Climate Agreement and roll back onerous regulations on domestic energy production, the U.S. is once again the world’s top producer of oil and natural gas, putting us on pace to become a net energy exporter next year for the first time in over half a century.

Democrats obviously oppose Trump’s policies, but using the Ex-Im reauthorization bill as a vehicle for their own competing priorities merely squelches the prospect of a rare bipartisan accomplishment that would directly benefit American workers.

For the Democrats, American workers are nothing more than pawns in their battle against Trump.