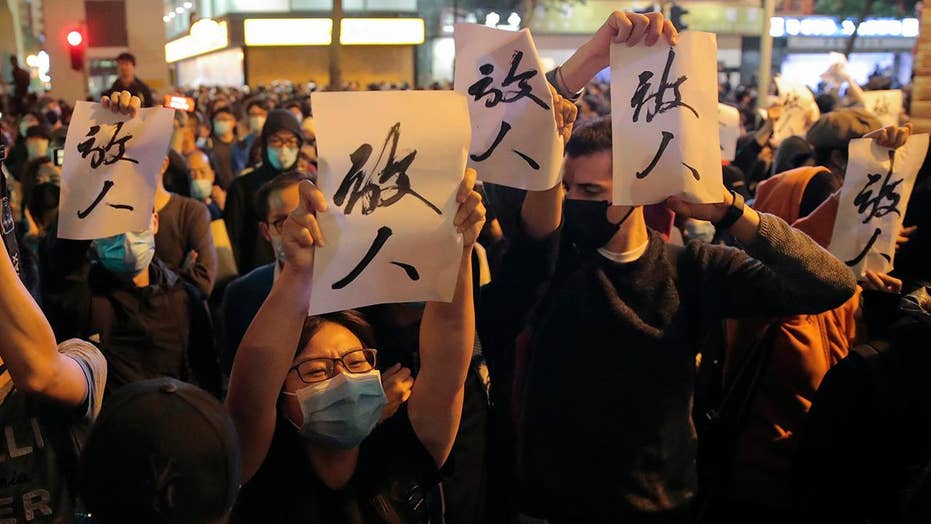 Hong Kongers just had their best day in a long time. In the process, they offered the bad boys of Beijing an off-ramp from the chaotic protests that have blackened China’s global reputation since March.

Normally, Hong Kong district council elections are about as interesting as a new Coldplay album. But Monday’s turnout broke all records. That’s because they weren’t seen as just normal, local political contests. Rather, the people of Hong Kong saw them as a chance to show the world how they felt about the larger contest going on between China and the island’s pro-democracy activists.

And show the world, they did. The activists, who seek to preserve the rights guaranteed to residents when the British turned the territory over to Beijing, won. Big time.

This was truly a case of the people speaking. More than 70 percent of all eligible voters cast ballots—a dramatic increase over past elections. And some 85-95 percent of the winning candidates are firmly in the pro-democracy camp. Folks, that is a mandate.

Hong Kong’s leaderless protests caught the world’s attention. But these elections have done something the sometimes chaotic protests hadn’t done: they’ve sent a clear, unmistakable signal of what the people of Hong Kong want: the ability to govern their own affairs, as guaranteed by the Basic Law agreed to when the Brits handed them over to Beijing.

And the people aren’t completely on their own. Even as they were flocking to the polls, Hong Kong’s Supreme Court handed down a decision declaring unconstitutional the government’s attempt to prohibit protestors from wearing masks.

None of this means that Hong Kong’s pro-democracy forces are now in the driver’s seat. Beijing still has a say in what happens there, and it is still saying all the wrong things.

For example, one day after the mask ruling, Beijing decreed that only the Chinese legislature had the authority to rule on constitutional matters. Presto, the ban was back in place. So much for the rule of law!

Rather than try to keep down the people of Hong Kong, the government and their masters in Beijing ought to rethink their approach to the protests.

From debt traps to predatory economic practices, from Uighur concentration camps to security threats posed by companies like Huawei and ZTE, China is tarnishing its global brand just about every way imaginable.  Scoffing at the promises it made to the people of Hong Kong and encouraging the brutal repression of those who object only sullies its reputation even more. Unless Beijing wakes up to how this is playing around the world, it risks losing access to much of the global market, in turn putting its own economy in peril.

Why take that risk? Clearly Hong Kong poses no threat to the peace and stability of China. If the Chinese get more disgruntled with the Communist Party, it won’t be because of “foreign meddling” or the aspirations of Hong Kongers. It will be because the Communist Party is demonstrating more and more every day that it is just not very good at governing in the best interest of the people of China.

In dealing with Hong Kong, Beijing has few constructive cards to play. Yet somehow, they seem to think they can intimidate the U.S. into helping them against the pro-democracy movement.  They have called on President Trump to veto The Hong Kong Human Rights and Democracy Act of 2019, recently passed by Congress.

Fat chance. The bill passed by a veto-proof majority. Even if Trump wanted to “pocket veto” the bill, he couldn’t; there’s too much time left on the congressional calendar.

Besides, Beijing’s arguments for vetoing the bill are nonsense. The bill in no way meddles in China’s internal affairs nor does it hamstring U.S. presidential power.

China’s other gambit--threatening to not do a trade deal with the U.S.—makes even less sense. China’s economy is flagging; it needs a decent deal. And if Beijing walks away from a trade deal because the U.S. refuses to sell out on human rights… well, that won’t do much for China’s global rep either.

The smart move for Beijing is also the right move: it should reaffirm its commitment to respect and protect the rights of Hong Kongers. Similarly, the smart move for the Hong Kong government is to govern in the best interests of its citizens—as expressed in this week’s elections.