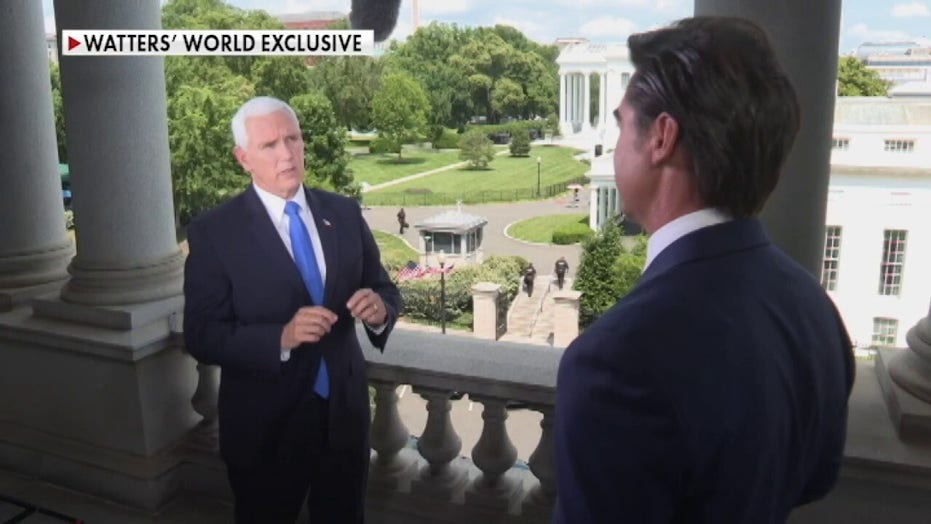 Vice President Mike Pence addressed President Trump's visit earlier this week to St. John's Episcopal Church while appearing on Saturday's "Watters' World" for an exclusive interview, and he also slammed Democratic presidential nominee Joe Biden for not addressing the victims of the looting and rioting.

"We see in Joe Biden a willingness to align himself with people that are rioting on the streets, destroying the property and livelihoods, claiming the lives of innocent civilians and law enforcement officers, and yet not speaking a word on behalf of those that have been victims," Pence told host Jesse Watters. "It's all a part of the predictable, divisive politics of the American left." 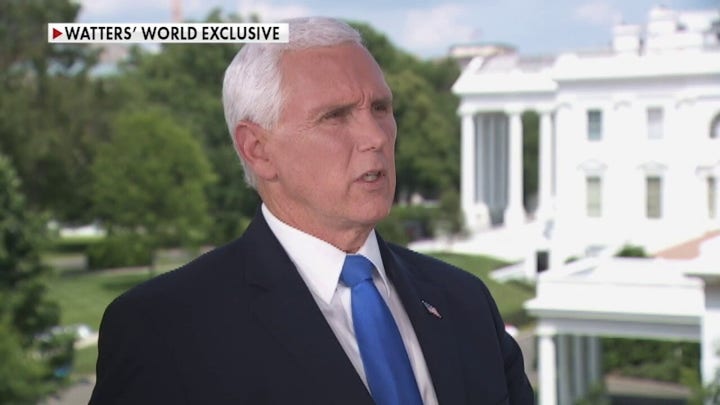 "What that said to me was that here in America, we will not tolerate burning churches, rioting and looting or taking advantage of what would otherwise be peaceful protests to pursue criminal aims," Pence said of the symbolism of the event.

The president and Attorney General William Barr received backlash for ordering law enforcement to forcefully move peaceful protesters in Lafayette Park for what critics called a "photo-op," using smoke canisters and pepper balls. It was later reported that it was Barr who ordered the protesters removed. Trump was also criticized for using the Bible as a "prop." The church's leaders had also spoken out against the president.

Pence also defended Trump against the criticism of former Defense Secretary Jim Mattis, who blasted the president in a statement to The Atlantic this week, accusing him of dividing the country in the wake of George Floyd's death. 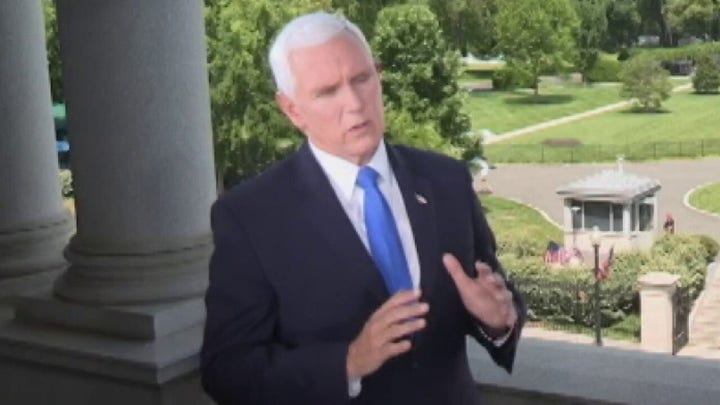 "Donald Trump is the first president in my lifetime who does not try to unite the American people -- does not even pretend to try," Mattis had said. "Instead he tries to divide us."

The vice president said he hasn't spoken to Mattis but that the former defense secretary is "wrong."

"What this president has done in recent days is what every American expects a president to do in times of crisis," Pence told Watters. "And that is put the lives and the property and the liberty of every American first."