Mike Pence: US needs to provide anti-aircraft systems to Ukraine

Former Vice President Mike Pence on the Russia-Ukraine war and what the Biden administration needs to do next.

Former Vice President Mike Pence said on Friday that the United States needs to provide anti-aircraft systems to help Ukraine win in its fight against Russia.

"The Biden administration should transfer those MiG [fighter jets] out of Poland to Ukraine, do it immediately. They've got pilots in Ukraine that know how to fly them. But just as important, we need to continue to provide the kind of ground-based anti-aircraft systems that can take out Russian aircraft that are doing the high stratosphere bombing," Pence told "Fox & Friends."

Pence stressed that Ukraine is fighting with weapons provided by the Trump administration.

Pence's comments came shortly after Biden said Thursday that a food shortage is "gonna be real" following the sanctions that were placed on Russia by the U.S. government as a result of Russian President Vladimir Putin's invasion into Ukraine.

"With regard to food shortage, yes we did talk about food shortages, and it's gonna be real," Biden said during a press conference at a NATO summit in Brussels, Belgium, following a meeting with other world leaders.

"The price of the sanctions is not just imposed upon Russia," he added. "It’s imposed upon an awful lot of countries as well, including European countries and our country as well."

Biden said "Russia and Ukraine have been the breadbasket of Europe in terms of wheat" and insisted that he and other leaders had a "long discussion in the G7" about the need to "increase and disseminate" food production.

Biden's warning of a "real" food shortage and the impact it will have on America and European countries following the implementation of sanctions on the Russian economy comes after White House press secretary Jen Psaki said this week that Americans are unlikely to face a food shortage. 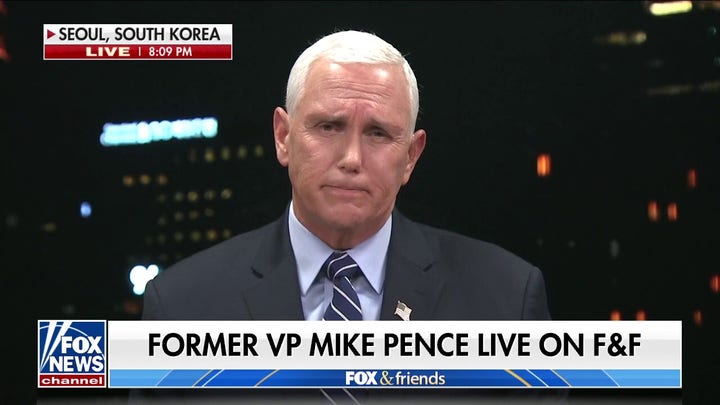 Speaking from Seoul, South Korea, Pence said that the Biden administration needs to be redoubling its efforts to help Ukraine win the war.

"We've got to give them the tools to be able to defend themselves. We've got to isolate Russia even more than was announced today. And we need to launch that massive Western humanitarian effort for the people of Ukraine. That's the pathway to victory."