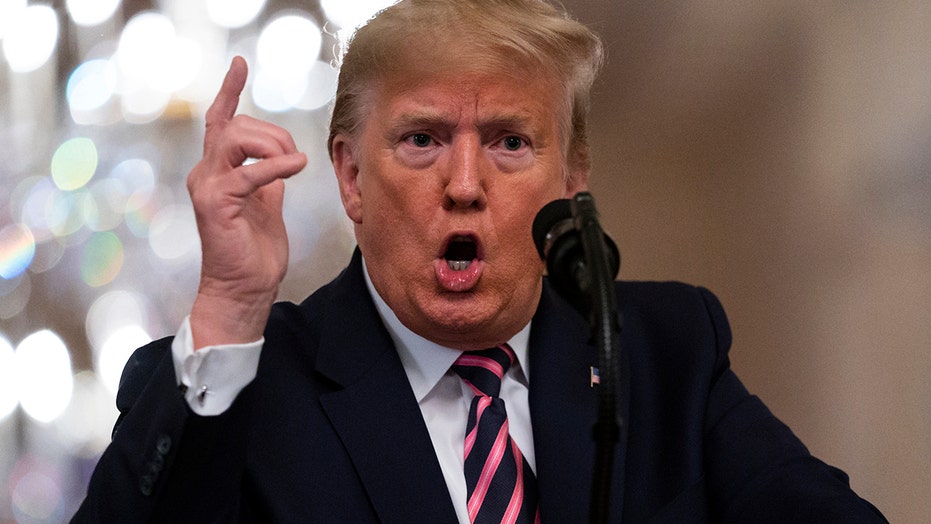 Reaction and analysis from Fox News contributors Karl Rove and Juan Williams, host of 'The Daily Briefing' Dana Perino, and Julie Pace from the Associated Press.

In a typical administration, the two impeachment witnesses would have been quietly moved out a couple of months later, to avoid charges of political retaliation.

But this president waited all of two days after his acquittal before having lieutenant colonel Vindman, a decorated soldier, escorted out of the White House (along with his twin brother), though both are merely being reassigned to the Pentagon.

Sondland, who initially defended Trump as ambassador to the E.U., and who got the job because he gave the inaugural committee a million bucks, was simply fired. The media and the Democrats went haywire, saying the two men were subjected to political retribution because they told the truth at the House hearings—and that’s exactly the reaction Trump wanted.

If you examine the media criticism of Trump since he got into politics, a constant theme is that he goes too far. He is accused of acting rashly and impulsively, of breaking decorum, of shattering norms, of getting into the gutter. But from the vantage point of the president and his supporters, he is displaying raw strength. He takes action and lets everyone else debate the niceties. He breaks china and lets others clean up the mess.

There is no more dramatic example than Trump authorizing the drone strike that killed Iran’s top general, Qasem Soleimani. There was an absolute uproar among critics who called it an assassination of a foreign official, although the general was one of the world’s top terrorists, and accused Trump of inflaming Middle East tensions and exaggerating the prosepect of an “imminent” attack.

But after Iran’s weak and limited response, the confrontation quickly faded. And what most people remember is that Trump took out a man responsible for hundreds of American deaths.

Bill Clinton said back in 2007 that when people are insecure, “they’d rather have someone who is strong and wrong than someone who’s weak and right.” Whether that’s true or not, the Democrats are struggling to find someone who projects an image of strength. And whatever the virtues of Bernie Sanders or Pete Buttigieg or Joe Biden or Amy Klobuchar, I think it’s fair to say that hasn’t quite happened yet. That’s why James Carville, the longtime Democratic strategist, is on a media tear saying he’s “scared to death” his party is handing the election to Trump.

When the Senate acquitted Trump last Wednesday, some people believed he might take the victory graciously. But that’s not how he rolls.

At a prayer breakfast the next morning, and an East Room celebration, Trump ripped “corrupt” and “evil” Democrats, called Nancy Pelosi a “horrible person,” assailed “dirty cops” for spying on his campaign, and dismissed the whole impeachment process as B.S.

Critics were horrified, especially that the president would do this at the National Prayer Breakfast. But while they debated the Marquis of Queensbury rules, Trump looked like a street fighter to his base.

And by the way, some Trump opponents often try to match his insult-laden style, such as Pelosi ripping up the State of the Union. It usually doesn’t work for them.

If you look back at Trump’s record since the campaign, it can all be viewed through the prism of dominating his detractors. The “fake news” media are the “enemy” of the people, with the jabs at “Psycho Joe” Scarborough and “low IQ crazy” Mika Brzezinski, “dumb as a rock” Don Lemon, and Chris Cuomo as “Fredo.”

And on and on: Firing Jim Comey. Vilifying Bob Mueller. Declaring an emergency to get wall funding. Telling minority congresswomen to go back where they came from. Ripping a Gold Star family that criticized him at the Democratic convention. Refusing to apologize for just about anything.

As a guy who prizes civility and cooperation in politics, I am not defending this pugilistic style. There is a cost for the country. But what Trump’s harshest opponents fail to see is that the president has long since cemented his don’t-mess-with-me image. Even Republicans who have criticized him at times have, with few exceptions, timidly fallen into line.

Early in his first term, Ronald Reagan fired the striking air traffic controllers. Critics cried foul, but Reagan prevailed. Those who can’t stand Trump sometimes describe him as crazy, but when it comes to this sort of punching and counterpunching, he is quite sane.