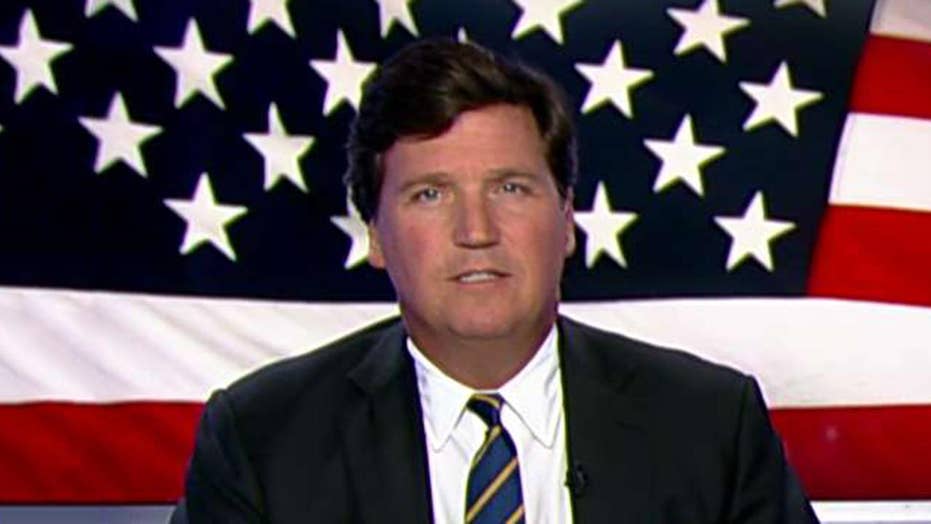 Tucker: You'd think withdrawing troops from Syria would be celebrated

An increased American military presence in Saudi Arabia creates a "magnet" for Islamic extremism in the region, and presents an open target for radical jihadists, said Sen. Rand Paul, R-Ky., during a Sunday television interview.

Paul expressed dismay at President Trump's decision to send 2,800 more American soldiers to Saudi Arabia after their old fields were attacked, during an interview on "Meet the Press." He claimed the Saudis need to change their attitude before they can expect financial and military support from the United States.

"I’m not [comfortable with it]," Paul said. "I would withhold troops and arms from the Saudis until we see better behavior. I think that our arms... uniquely belong to the American people."

"One of the things that [Usama] Bin Laden said motivated him... were troops, in what they considered to be their holy land," he added. "I think having troops in Saudi Arabia becomes a magnet for all the crazy jihadists around the world to motivate them to attack again."

LINDSEY GRAHAM WARNS TRUMP ON SYRIA TROOP WITHDRAWAL: 'IT'D BE THE BIGGEST MISTAKE OF HIS PRESIDENCY'

Trump vetoed a bipartisan congressional attempt to halt an American arms sale to the Saudis in July after Secretary of State Mike Pompeo cited threats from Iran as a reason to approve the $8.1 billion exchange.

Paul also commented on ISIS' strength in the Middle East and said Congress has refused to fully commit to declaring war, and will continue to deal in half measures as it attempts to help stabilize the region.

"ISIS has been militarily defeated and whether they come back or not is conjecture at this point," he said earlier in the interview. "We have to debate in Congress. My oath is to the Constitution -- my oath isn't to some promise that somebody thinks we made, for a Kurdish homeland. We should vote."

"And here’s the reason why we won’t vote -- they don’t know who to declare war on," Paul added. "We need to exert our leverage and our pressure to bring all sides together."