ISIS extremists still use Instagram “to promote jihad and incite support for terror attacks on the West,” according to an investigation by British newspaper The Daily Telegraph. However, Instagram maintains terrorists aren’t welcomed on the platform as parent company Facebook continues to crack down on dangerous users.

The investigation indicates that the Islamic State circumvents the Facebook-owned social media platform to celebrate the killing of nonbelievers with everything from images of the ISIS logo, dead soldiers and beheadings to photos of Abu Bakr al-Baghdadi himself.

“The investigation exposes serious flaws in the ability of the social media giants to police their sites and prevent extremists exploiting them to promote their causes,” Telegraph reporter Charles Hymas wrote. “The investigation uncovered dozens of accounts daily on Instagram carrying images of terror attacks in Syria, threats to expand the jihad to the rest of the world, a beheading video, Isis fighters combat training, al Baghdadi speeches, posters extolling jihad and very young children in combat gear.”

An Instagram spokesperson told Fox News that “there is no place for terrorists, terrorist propaganda, or the praising of terror activity” on the platform.

“We work aggressively to remove content or an account as soon as we become aware of it. We prioritize reports related to terrorism, and we have dedicated teams that work to stop the spread of terrorist content,” the Instagram spokesperson said.

Facebook recently banned several high-profile users such as Nation of Islam leader Louis Farrakhan and controversial personalities Alex Jones and Milo Yiannopoulos for being "dangerous" but is apparently having trouble keeping the Islamic State off Instagram.

All accounts flagged by the Telegraph have since been removed for violating Instagram community guidelines. The tech giant employs over 200 people responsible for keeping terrorists off the platform and reaches out to law enforcement when necessary. 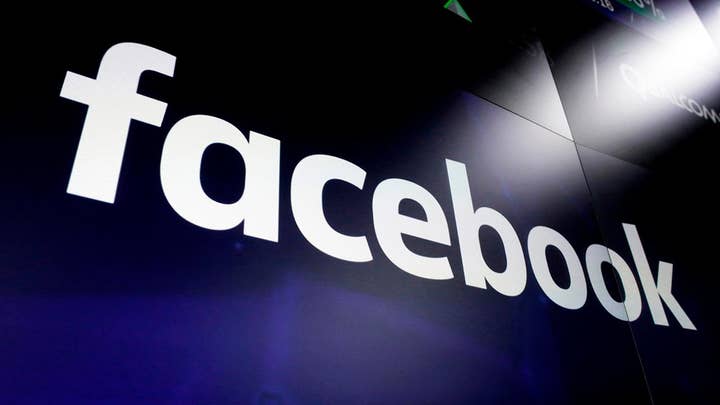 However, the British paper’s investigation caught the attention of U.K. Security Minister Ben Wallace, who feels tech companies need to step up even more when it comes to blocking extremism.

“It’s vital tech companies do more to ensure their platforms are not used for these purposes,” Wallace told The Telegraph.

Eric Feinberg, chief executive of cyberintelligence company GIPEC, told the paper that Instagram's algorithms now recommend extremists and sympathizers for him to follow his company’s efforts to combat terrorists on social media.

The Telegraph report indicates that some accounts “incite and encourage followers to join the jihad,” while others “incited new atrocities,” exploit children and celebrate ISIS killings.

THE ISIS CALIPHATE IS GONE – BUT ISIS WILL BE BACK

Facebook has been battling the spread of terrorist propaganda on its platform for years and the struggle is one that will likely continue. Instagram has said previously it removed millions of pieces of terrorist content last year thanks to improvements in detection systems utilizing advancements in machine learning.

In addition, Facebook has a policy regarding what it calls Dangerous Individuals and Organizations, which includes terrorist groups like ISIS, that is supposed to prohibit them from having a presence on the platform.