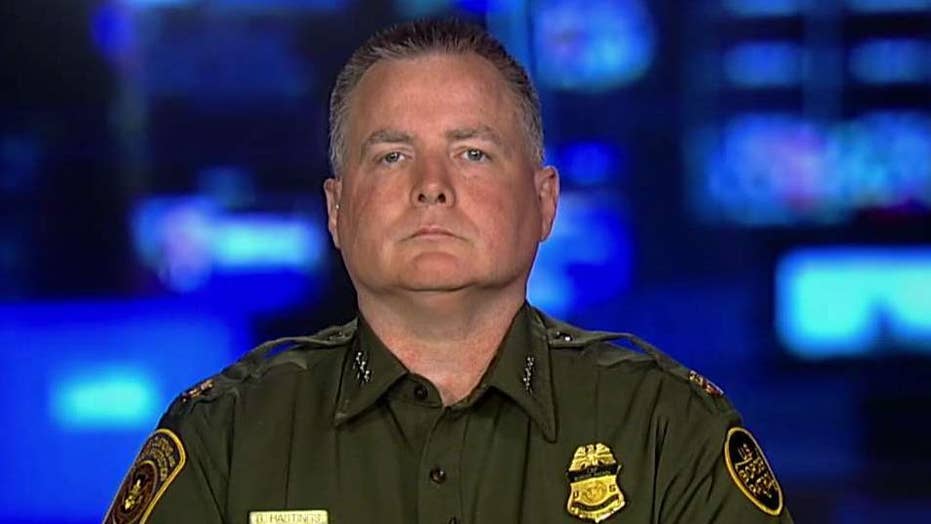 The chief of law enforcement operations at U.S. Customs and Border Protection says overwhelmed Border Patrol agents need all the help they can get.

Former top Obama advisers Tommy Vietor and Ben Rhodes suggested President Trump may be exacerbating the southern border crisis on purpose to boost his chance of reelection in 2020.

During the latest episode of "Pod Save The World," Rhodes claimed Trump's policies are forcing refugees to come knocking on America's door and said the president may have been purposely creating chaos the entire time.

"To just try to upend [old immigration policy] to score some cruel political point against brown people as part of your political strategy, really speaks to the depravity that we've sunk to here in the Trump years," Rhodes said.

"Maybe he doesn't actually want to solve the crisis at the border. Maybe he sees it as a convenient part of his politics heading into 2020, which is really kind of grotesque to consider,"

Vietor also shared his opinion about Trump's policies affecting the rest of the globe and claimed climate change will eventually prevent people in Central America and Venezuela from feeding themselves.

"It is so cynical and so cruel and so far from addressing the actual challenge we face," he said earlier in the interview.

"The near-term next phase of this migration crisis is Venezuela collapsing. A little less near-term, but not that far off term version is when climate change just radically changes your ability to feed yourself in all of these countries," he added.