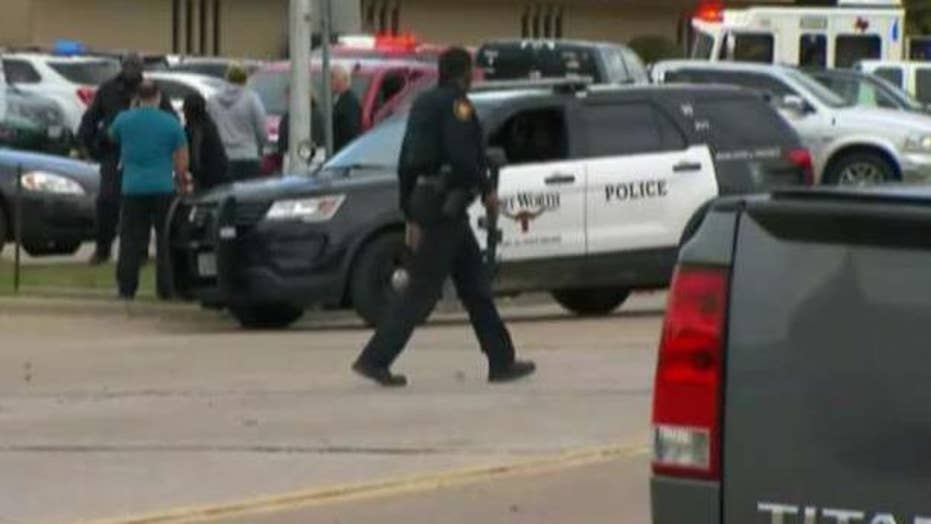 Texas Attorney General Ken Paxton on how licensed gun owners helped take down the shooter and save lives.

Texas Attorney General Ken Paxton told Fox News Monday that he hopes the gun law that prevented further carnage at a Fort Worth-area church over the weekend will be a model for other churches and states.

Paxton praised the law, which allows licensed gun owners to carry weapons inside houses of worship, and fast-acting armed citizen Jack Wilson for saving untold lives after a man opened fire at the West Freeway Church of Christ in White Settlement Sunday.

"This [law] worked," Paxton said in a "The Story" exclusive. "We cannot stop every incident, and we can't change the fact that there are people who are mentally ill."

"Let's face it -- this is going to happen again. We need to be prepared."

Paxton said the church was prepared for the shocking incident, which left a deacon and another security volunteer dead, thanks to the law which was passed in response to the November 2017 church shooting in Sutherland Springs, which killed 26 people.

"Within six seconds [Sunday], they [congregants] dealt with the issue and saved potentially hundreds of people," Paxton said. "I hope that other churches around the country will adopt policies like this and we can stop losing some of the people when these incidences occur."

President Trump tweeted Monday night, "Our prayers are with the families of the victims and the congregation of yesterday’s church attack. It was over in 6 seconds thanks to the brave parishioners who acted to protect 242 fellow worshippers. Lives were saved by these heroes, and Texas laws allowing them to carry arms!"

Wilson, the head of the church's security team and a firearms instructor, shared some details in a Facebook post in which he gave thanks to "all who have sent their prayers and comments on the events of today."

"The events at West Freeway Church of Christ put me in a position that I would hope no one would have to be in, but evil exists and I had to take out an active shooter in church," he wrote. "I’m thankful to GOD that I have been blessed with the ability and desire to serve him in the role of head of security at the church."