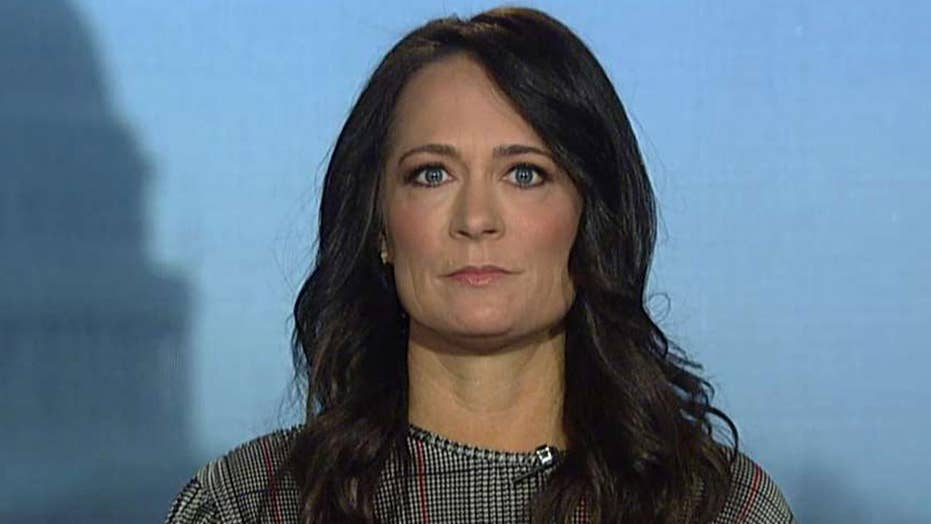 White House defends killing Soleimani: We saved American lives, there was no alternative

Grisham said on Fox News' "America's Newsroom" that while the United States is not aware of the expected response from Iranians, the country is "definitely ready for it."

Esmail Ghaani, the Iranian general taking over for Soleimani as commander of the Quds Force, told state television Monday that “actions will be taken” to revenge the death of his predecessor.

"If they choose to retaliate, the president has made clear that we will be ready for that," she said. "Our military is, of course, on high alert and we'll just see what happens."

"We hope it doesn't happen," she added. "The president has said he does not seek any kind of an escalation or war."

Echoing the words of the president, Grisham said the decision to take out Soleimani was "intel-based."

She told Bill Hemmer and Sandra Smith that she knew people were asking about the benefit of the decision.

"And, I will answer that question: the benefit was we saved American lives," she stated. "We saved members of the military. We saved diplomats, we saved a lot of families from having to welcome their loved ones home in a coffin."

Flag-draped coffins of Gen. Qassem Soleimani and his comrades who were killed in Iraq in a U.S. drone strike are carried on a truck surrounded by mourners during their funeral in southwestern city of Ahvaz, Iran, Sunday, Jan. 5, 2020. (Alireza Mohammadi/ISNA via AP)

Speaking to reporters on Tuesday, Secretary of State Mike Pompeo said that the administration and intelligence community had "evaluated the relevant risks in the opportunity that [they] thought might present itself at some point and we could see clearly that not only had Soleimani done all of the things that we have recounted right."

"So," he said, "if you're looking for imminence, you need look no further than the days that led up to the strike that was taken against Soleimani."

Grisham said that members of Congress will be briefed Wednesday and that she imagines some of the details provided will leak. Meanwhile, Grisham told the "Newsroom" hosts that President Trump continues on with his job and talks with his national security team "all of the time."

"The country should feel good that this president is not going to let anything happen to anybody," Grisham assured.

"The alternative was to – what – not save these people? And then what would people be saying to us?" she asked. "What would Congress be saying? What would Nancy Pelosi be saying? That we sat by and let something happen to our American troops or American diplomats."

"Again, we saved lives here, and that was the number one most important thing to this president," said Grisham.