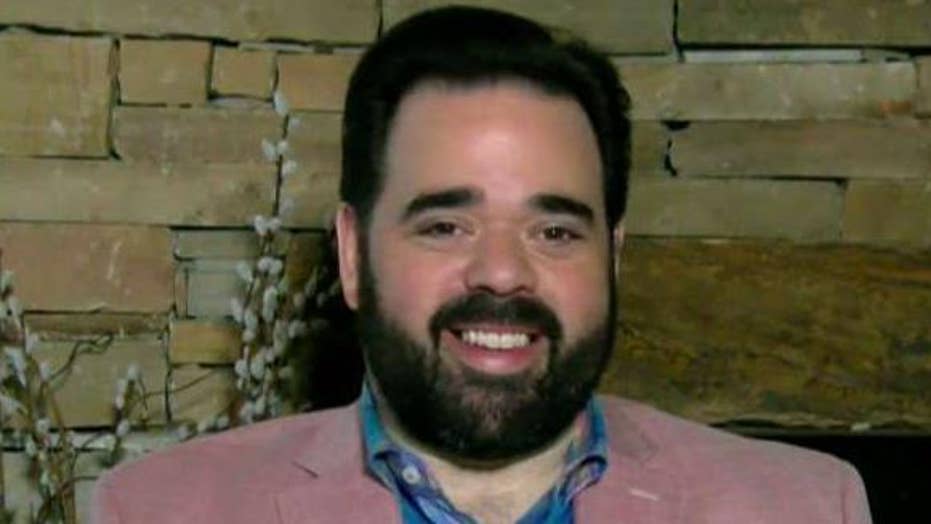 President Trump told thousands of cheering evangelical Christians in Florida on Friday that he believes “we have God on our side” as he kicks off what he plans will be his re-election year.

The rally at a "megachurch" outside Miami came a day after the Pentagon confirmed Trump had ordered an airstrike in Iraq that killed Iranian Gen. Qassem Soleimani, described as the Muslim country's “shadow leader” who is responsible for the deaths of some 500 U.S. and coalition service members and the wounding of thousands more.

“Let this be a warning to terrorists," Trump told supporters at the King Jesus International Ministry church in West Kendall. “If you value your own life, you will not threaten the lives of our citizens.”

"Qassem Soleimani has been killed and his bloody rampage is now, forever gone,” he continued. “He was plotting attacks against Americans, but now we’ve ensured his atrocities have been stopped for good.”

Trump recounted how he ordered the “flawless” airstrike from his private Mar-a-Lago club and residence in Palm Beach to “terminate” the “depraved butcher,” who Trump claimed had been planning a “very major attack” in the region. Soleimani, as the top commander of Iran's Revolutionary Guard Corps’ Quds Force, orchestrated a New Year’s Eve siege carried out by Iranian-backed militias at the U.S. Embassy in Baghdad, the State Department confirmed.

The president's speech came amid threats of retribution from Iran for the attack. Trump addressed a crowd of about 7,000 supporters who flooded into the megachurch -- home to one of the largest majority-Hispanic congregations in the country, according to The Miami Herald.

Trump heads back Sunday to Washington, where he’ll soon face an impeachment trial in the Senate and double down on his re-election campaign. According to a recent exit poll by CNN/SSRS, eight out of every 10 white evangelical voters supported Trump in the 2016 presidential election.

“I really do believe we have God on our side ... or there would have been no way that we could have won,” Trump told the crowd. “People say, ‘How do you win?’ You don’t have the media. You have so many things against you' -- and we win. So there has to be something.”

"I really do believe we have God on our side. ... People say, ‘How do you win?’ You don’t have the media. You have so many things against you' -- and we win. So there has to be something.”

The president is courting Christian voters following a scathing December editorial in Christianity Today, the publication founded by the late Rev. Billy Graham. It questioned whether evangelicals could justify supporting Trump given his “immoral” shortcomings, including what the piece described as his use of presidential powers to persuade Ukraine to launch an investigation into his potential 2020 rival, former Vice President Joe Biden.

Graham’s son, the Rev. Franklin Graham, said on Twitter that his father would have been “disappointed” by the editorial. The late Graham’s granddaughter, Cissie Graham Lynch, spoke at Friday’s rally.

Christians “have never had a greater champion — not even close — than you have in the White House right now. Look at the record,” Trump told the crowd, referring to himself. “We’ve done things that nobody thought was possible. We’re not only defending our constitutional rights, we’re also defending religion itself, which is under siege.”

“In America, we don’t worship government. We worship God,” he continued. “Very soon, I’ll be taking action to safeguard students' and teachers’ First Amendment rights to pray in our schools.”

“In America, we don’t worship government. We worship God. Very soon, I’ll be taking action to safeguard students' and teachers’ First rights to pray in our schools.”

But Trump's efforts to woo Florida's evangelical and Latino voters drew criticism from the Biden campaign, which accused the president of stoking “fear in Hispanics and immigrants in Florida, including many King Jesus International Ministry churchgoers.”

“Donald Trump is ringing in the new year with a desperate bid to cling to his base and a viable path to re-election,” Jackie Lee, a Biden campaign spokeswoman, said in a prepared statement.

The rally coincided with the launch of the “Evangelicals for Trump” group going into the 2020 election.  Also during his speech, Trump said his administration defends Christians and Jews from the radical left Democrats and condemns the socialism that he claims has ravaged Venezuela.