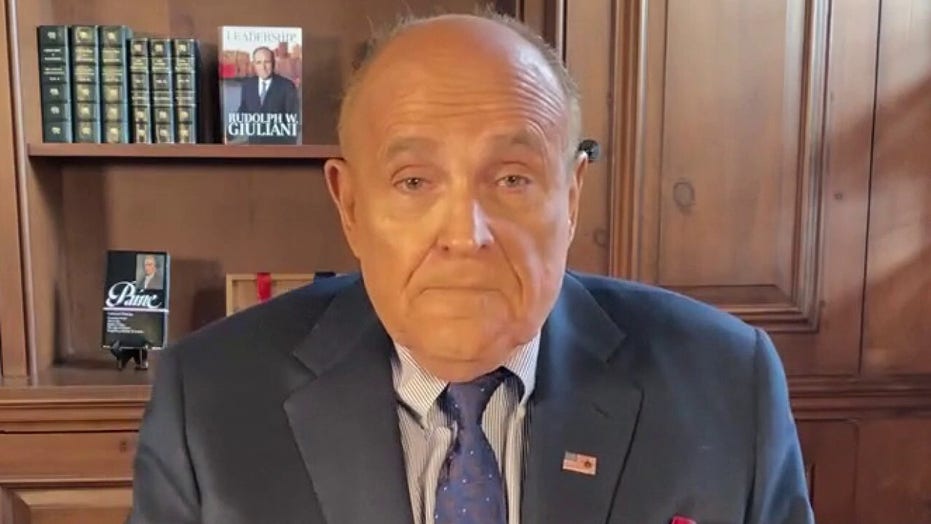 Attorney for President Trump Rudy Giuliani pushes back on defunding and disbanding the police on 'America's Newsroom.'

Giuliani told “America’s Newsroom” on Wednesday that he and former Mayor Mike Bloomberg “got the city to be the safest large city in America and de Blasio is ruining that for the citizens of the city.”

“To talk about defunding or disbanding police after the seven days of riots that he [de Blasio] allowed to happen, after seven days of his telling the police to stand there and watch the riots while people were being beaten up, while businesses were being destroyed and New York was made a place to look ridiculous and now to have an increase in murders is totally, totally insane,” Giuliani said, referencing the riots and looting that took place in New York City, sparked by protests over the death of George Floyd while in Minneapolis police custody last month.

The New York City Police Department (NYPD) has said that hundreds of its officers suffered injuries during the protests. 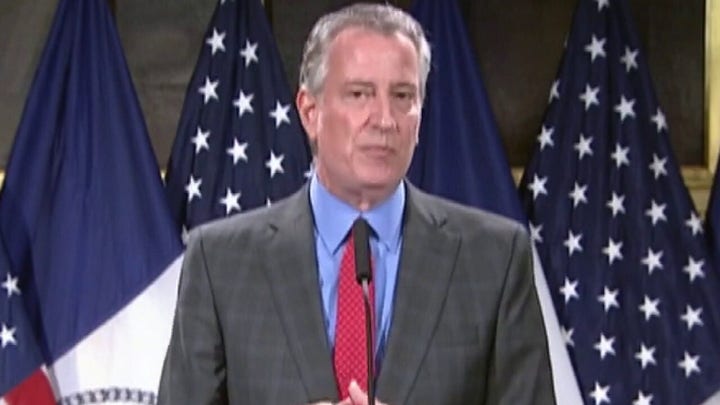 Giuliani made the comments following a New York Post article published on Monday, which reported that New York’s murder rate has “more than doubled” compared to the year before.

“Over the month ­until June 7 — including the crucial Memorial Day weekend — New York’s murder rate more than doubled, to 42 murders, from 18 the year before — a jolt of 133 percent,” the article reported. “Shooting victims, including wounded, are up 45 percent. Stabbings are up, too.”

Host Ed Henry pointed out that “just in the last week the [NYPD] commissioner, with Mayor de Blasio, has now disbanded a unit of about 600 undercover police officers.”

Henry then asked Giuliani, “What is happening to the city you love?”

“It is being taken over by off the cliff, left-wing, ridiculous ideas on law enforcement, that were prevalent in the city before I became mayor that led to a couple of years of 2,000 plus murders,” Giuliani said in response. “And I got it down and Bloomberg, together, the two of us together got it down to less than 300.”

He then went on to note that de Blasio is reversing that progress.

“We went from one of the most unsafe cities to the safest large city in the country by far. I mean, by far,” Trump continued. “Rudy did a great job and now if you look at what's going on, it’s starting to get back to where it was and you can’t have that.”

A spokesperson for de Blasio did not immediately respond to Fox News’ request for comment. 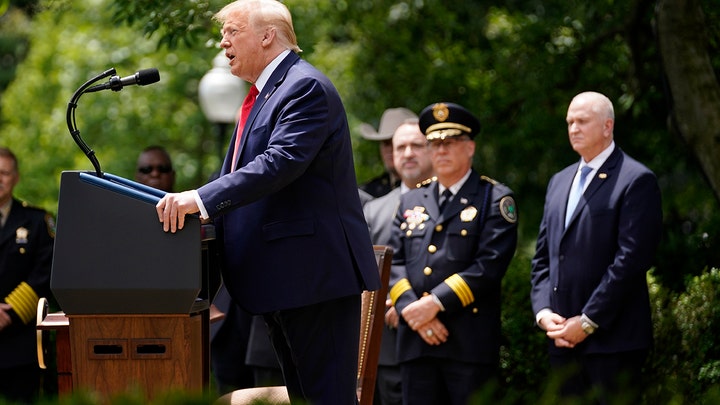 Giuliani made the statements on Wednesday, one day after President Trump signed an executive order on law enforcement reform and said "chokeholds will be banned except if an officer’s life is at risk" as the nation reels from Floyd’s death and the ensuing unrest -- which has sparked calls for changes in policing nationwide as drastic as dismantling entire departments.

Giuliani said he thinks defunding police departments is “a terrible, terrible overreaction to what's been created as an almost hysterical reaction to a single incident, and not just a single incident, some incidences of police wrongdoing where they actually are unjustified in their use of force.”

“But, as the president pointed out, and as we all know, I think logically, 99 percent, if not more of the police contact with the public is appropriate,” he continued. “Either no use of force or in many, many cases, the use of force to save their lives.”