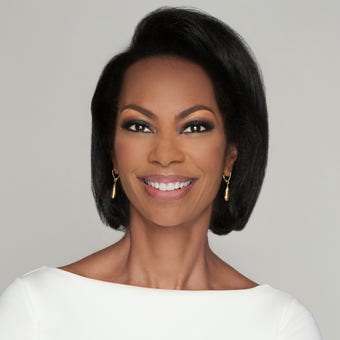 Harris Faulkner is a multiple Emmy award-winning anchor. Faulkner currently anchors two daily daytime programs – The Faulkner Focus (weekdays, 11AM-12PM/ET) and serves as the co-anchor of Outnumbered (weekdays, 12-1PM/ET). Faulkner joined FOX News Channel (FNC) in 2005 and previously anchored Outnumbered Overtime with Harris Faulkner, which was number one in its timeslot since its 2017 launch.Read More

During her tenure at the network, Faulkner has hosted numerous primetime specials focusing on a variety of current events. Amid the coronavirus pandemic, Faulkner anchored America Together with Harris Faulkner: The Shot, which debunked myths surrounding the COVID-19 vaccines, America Copes Together, which focused on the psychological effects that the pandemic has had on individuals and America Learns Together, which spotlighted the challenges of guiding students through a digital education. In March 2020, Faulkner, alongside Bill Hemmer, co-moderated a two-hour virtual town hall with President Donald Trump and members of the White House coronavirus task force on the latest news surrounding the pandemic, as well as the administration’s plans to combat the crisis. The town hall made cable news history with a record 4.4 million viewers.

In October 2019, Faulkner presented Town Hall America with Harris Faulkner: Police Emergency, which highlighted discussions surrounding recent acts of threats and violence as well as the suicide crisis among police officers. In April 2021, Faulkner continued the conversation with a one-hour special entitled The Faulkner Focus: Police in America.

Throughout her career, Faulkner has interviewed many notable figures, including Sen. John McCain, President Donald Trump, Olympic gold medalist Gabby Douglas, and Cindy McCain, among others. Faulkner has also covered numerous global news events, including the Sandy Hook mass shooting, the 2016 and 2020 Republican and Democratic National Conventions, the 9/11 terrorist attacks, the death of Whitney Houston, the 2013 government shutdown, the AIDS crisis in South Africa, and the 2005 disappearance of Natalee Holloway.

In June 2020, Faulkner secured the first one-on-one cable news interview with President Donald Trump following the murder of George Floyd. The sit-down, which was her second interview with the president, focused on the widespread civil unrest resulting from Floyd’s death in police custody and the president’s stance on civil rights. Following the interview, which garnered widespread praise from both sides of the aisle, Faulkner continued the ongoing conversation of injustice in America during a primetime special entitled Harris Faulkner Presents: The Fight for America.

Following Faulkner’s breaking news coverage in 2020 and serving as the only Black woman to anchor two back-to-back cable news programs, Faulkner was named to WORTH Magazine’s "Groundbreakers" list which honors 50 influential women worldwide for breaking barriers in their industries.  In May 2021, Faulkner was honored by Variety’s New York Women’s Impact Report.

Prior to joining FNC, Faulkner served as a correspondent for WNYW-TV's (FOX 5) A Current Affair, and as a substitute host on The Nancy Grace Show on CNN’s Headline News. She began her career as a reporter and anchor for WNCT-TV (CBS 9) in Greenville, NC, before going on to work for Kansas City's WDAF-TV (FOX 4) in 1992. In 2000, Faulkner joined KSTP-TV (ABC 5) in Minneapolis, MN, where she served as an evening anchor; she also hosted The Harris Faulkner Show on FM107 Radio.

Faulkner has received six Emmy Awards for her successful work in broadcast, including the 2004 Emmys for Best Newscaster and Best News Special. Faulkner also received the National Headliner Award for Best Newscast for her coverage of Sen. Paul Wellstone's fatal plane crash in 2003.

Faulkner is the author of "9 Rules of Engagement: A Military Brat’s Guide to Life and Success." In her book, Faulkner shares the lessons she learned growing up in a military family while paying homage to the military ideals that shaped her and showing how everyone can benefit from bringing the wisdom of military service into their lives.

Outside of her work as a journalist, Faulkner is a motivational speaker, writer, and philanthropist. After growing up as a "military brat," Faulkner is involved with the Green Beret Foundation, which provides medical, transition, and family support for those who have served in the U.S. Army Special Forces, and with the Navy Seal Foundation, which provides immediate and ongoing support and assistance to the Naval Special Warfare community and its families. Faulkner is also active in raising awareness and funds surrounding breast cancer research, working with the Susan G. Komen Foundation, the Avon Foundation for Women, and the Triple Negative Breast Cancer Foundation. In 1998, Faulkner received the Amelia Earhart Pioneering Lifetime Achievement Award for her humanitarian efforts.

Faulkner graduated from The University of California at Santa Barbara with a B.A. in Mass Communications. She resides in New Jersey with husband Tony Berlin and their two daughters. 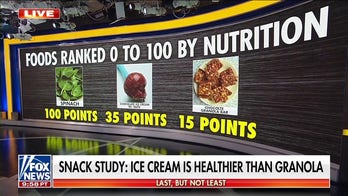 'Outnumbered' discusses the surprising results of a new snack study. 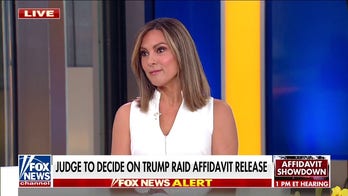 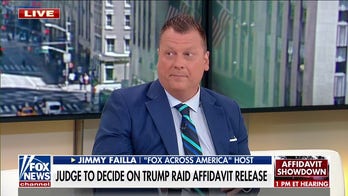 'Outnumbered' panelists discuss whether the Mar-a-Lago raid affidavit should be released ahead of a Florida judge's expected ruling. 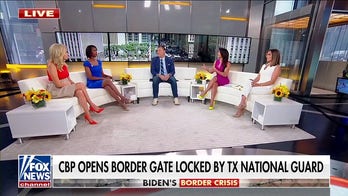 The panel discussed the video and how Biden's immigration policy has worsened the border crisis. 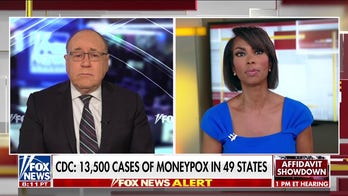 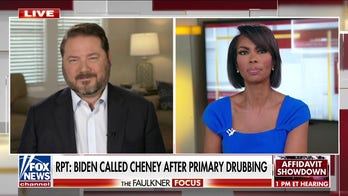 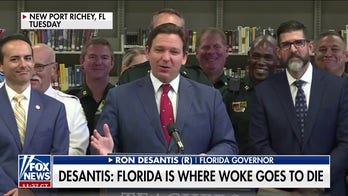 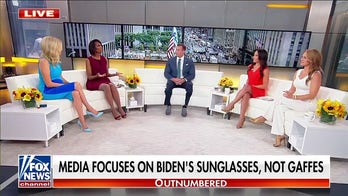 The 'Outnumbered' panel weighs in on media efforts to rebrand President Biden as 'aviator Joe.' 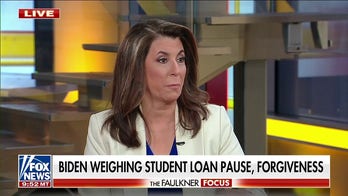 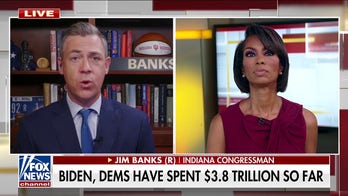