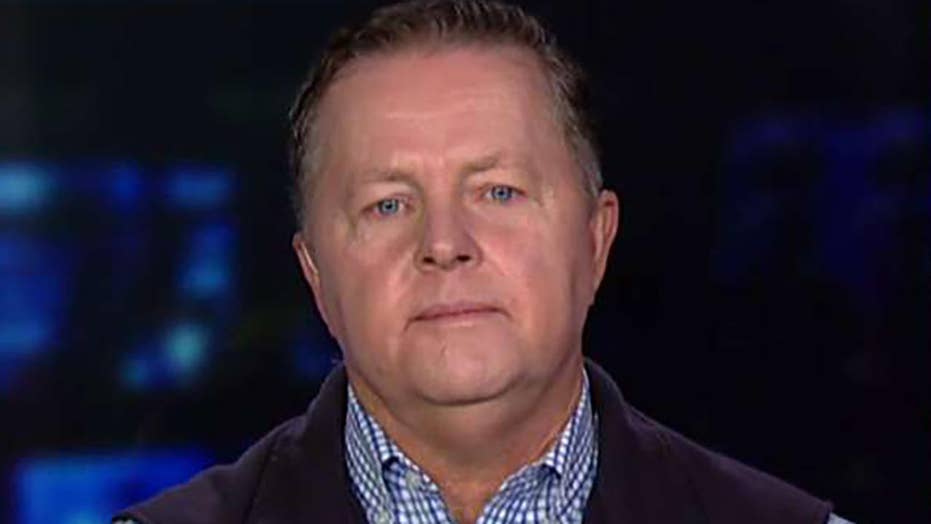 David Herring, a North Carolina hog farmer and president of the National Pork Producers Council, says the opportunity to sell pork to China is unparalleled.

North Carolina pork farmer David Herring applauded the signing of the first phase of the China trade deal, calling it a “great first step” to help U.S. farmers, but he added that the 68 percent tariff on pork exports must come down.

Speaking on “Fox & Friends” on Thursday, one day after President Trump signed the landmark trade deal, Herring, president of the National Pork Producers Council, noted that the agreement did not reduce tariffs on major U.S. agricultural exports to the country.

He referenced the fact that pork is subject to a 68 percent duty, even as China needs more imports because of the outbreak of the deadly pig disease, African swine fever, in the country.

“China is the largest producer of pork in the world. They produce about 50 percent of all the pork and they have had devastation from African swine fever,” Herring, who attended the signing ceremony in Washington, D.C. on Wednesday, also said.

“They’ve lost somewhere between 40 and 50 percent of their herd so the opportunity to sell pork to China is unparalleled,” he added. 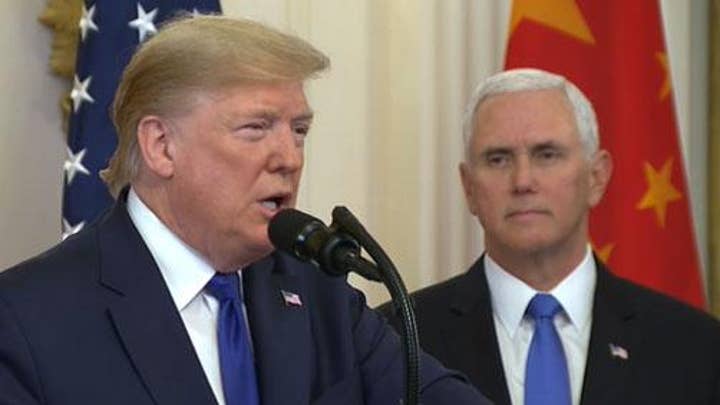 He said American farmers are “asking the Chinese government to drop the punitive tariffs so we have more access. That's the most important thing for pork producers today.”

President Trump has indicated that tariffs would come off in a phase two agreement.

“It is at 68 percent from what we know. We really feel the litmus test for tracking China's progress in meeting the commitments they’ve made is pork,” Herring said.

“It's very important. It's a staple in their diet. It is a big component of their consumer price index and they need affordable pork to be able to manage food price inflation that has been caused by African swine fever," he said, adding, "The United States produces the most affordable pork in the world so the opportunity’s unparalleled and we would really like to take advantage of that opportunity.”

KUDLOW: PHASE ONE OF CHINA TRADE DEAL IS 'HISTORIC' AND WILL HELP US ECONOMY GROW FASTER

“It would be awesome for rural America and our farm families,” he continued.

The phase one agreement will help grow the U.S. economy in 2020 and 2021 by “at least a half a point of additional GDP [gross domestic product]” and “probably translate into another million jobs on top of what we’ve already done,” Larry Kudlow, director of the National Economic Council said on "America's Newsroom" on Wednesday.

The pact, detailed in a 94-page document, includes a commitment from Beijing to purchase an additional $200 billion of U.S. products over the next two years. 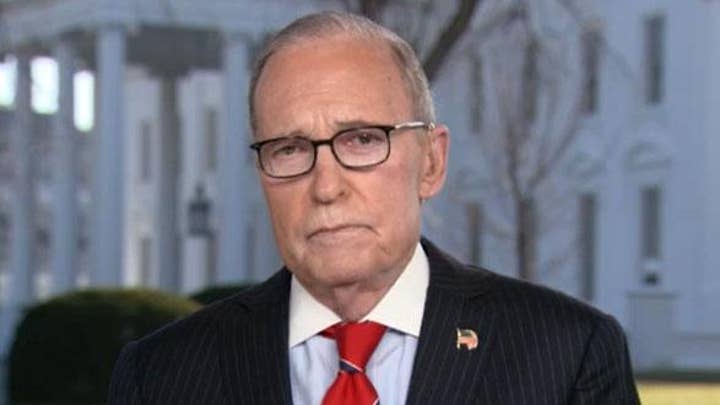 The purchases will include up to $50 billion of U.S. agriculture, according to Trump and Treasury Secretary Steven Mnuchin, $40 billion of which has been confirmed by Chinese sources.

Herring said on Thursday that “the greatest thing” to come out of the phase one deal is “China's commitment to buy $40 billion worth of Ag [agricultural] products.”

“Just that commitment alone should be very good for all of Ag and especially pork,” he said.