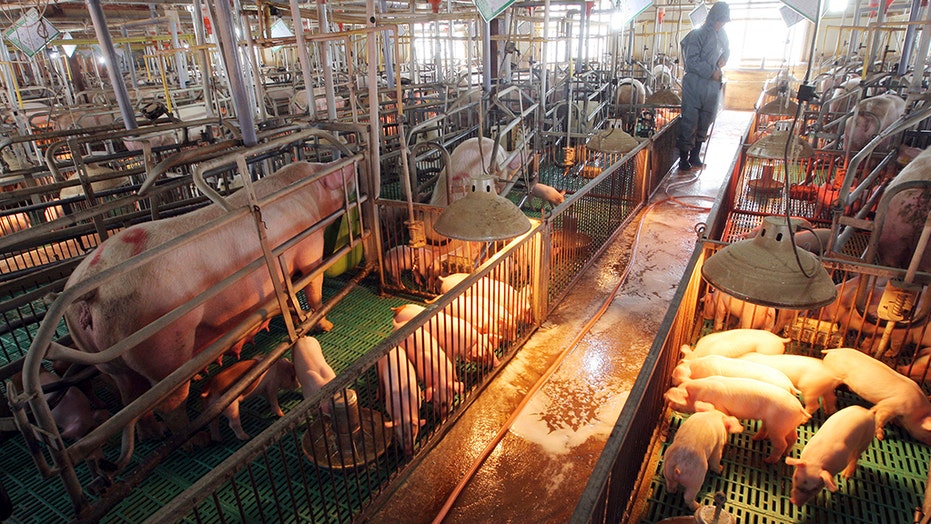 Millions of pigs have reportedly been culled throughout Asia as a swine fever outbreak — described as the "biggest animal disease outbreak we’ve ever had on the planet" — spreads throughout the continent.

African swine fever (ASF) is a "highly contagious and deadly viral disease affecting both domestic and wild pigs of all ages," according to the U.S. Department of Agriculture. The disease "cannot be transmitted from pigs to humans," and isn't a food safety problem, per officials.

There is no known cure or vaccines for the disease, which is found throughout the world — particularly in Sub-Saharan Africa. But in recent months, Asian countries like China, Mongolia and Vietnam, and areas in the European Union have been affected.

In China and other Asian countries, swine fever has decimated pig herds. An expert on the disease recently told The Guardian it will continue to spread.

“This is the biggest animal disease outbreak we’ve ever had on the planet,” Dirk Pfeiffer, a veterinary epidemiologist at City University of Hong Kong and swine fever expert, said. “It makes the foot and mouth disease and [mad cow disease] outbreaks pale in comparison to the damage that is being done. And we have no way to stop it from spreading.”

On Wednesday, South Korea said North Korea has so far ignored its calls to jointly stem the spread of swine fever following an outbreak near the North's border with China.

A lack of bilateral cooperation between the two nations renders South Korea helpless in preventing the disease from reaching the North-South border. There is concern that an outbreak in South Korea would deal a significant blow to a massive industry that involves 6,300 farms raising more than 11 million pigs.

In this June 3, 2019, photo, health officials spray disinfectant solution as a precaution against African swine fever near a pig farm in Incheon, South Korea.  (Yun Tae-hyun/Yonhap via AP)

North Korean state media has published several articles in recent weeks detailing the spread of African swine fever across Asia, but none of them so far has specifically mentioned that the disease has reached the North, which the South believes raises about 2.6 million pigs in 14 government-run or cooperative farms.

Agriculture officials said swine fever has never been found in the U.S. If it were to spread, it "would have a "significant impact on U.S. livestock producers, their communities and the economy."

"There is no treatment or vaccine available for this disease," the department states online. "The only way to stop this disease is to depopulate all affected or exposed swine herds."