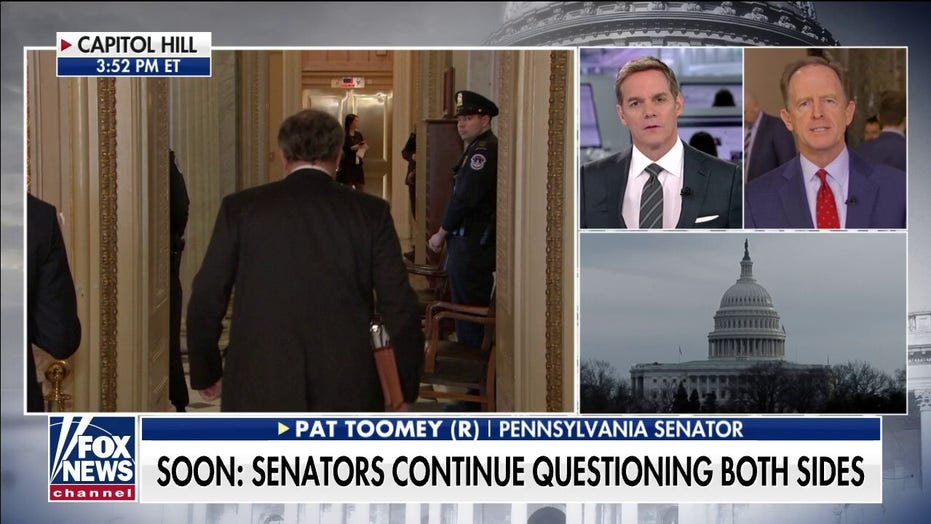 Sen. Patrick Toomey, R-Pa., told Fox News on Thursday he was "absolutely certain that we don't need witnesses" as the Senate impeachment trial of President Trump built toward a dramatic vote on that issue.

"We don’t need to drag this out any longer," Toomey told "Bill Hemmer Reports." "We should move as quickly as we can to get this thing over with, get it behind us."

Toomey characterized the trial as an attempt to tarnish President Trump as the November election approaches. 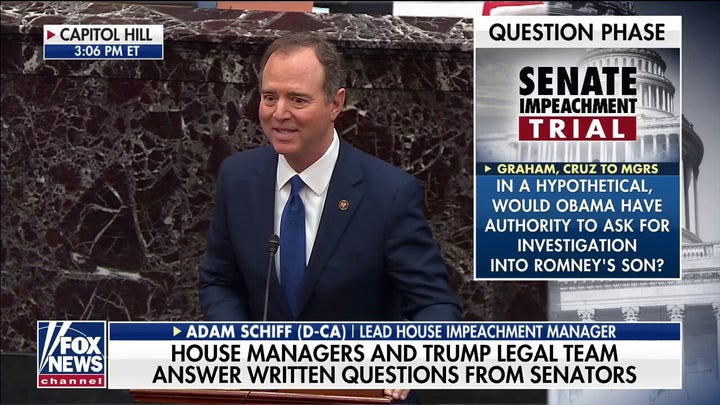 "Increasingly it’s become clear to me, this question and answer period was initially reasonably productive and useful -- now it’s become very repetitive," Toomey said. "This is a very, very partisan attempt to discredit the president in an election year."

Toomey also claimed that the House impeachment managers are setting a "very, very low bar" to remove a president from office, a development he warned may lead to impeachment being weaponized into a political tool for opposing parties to neuter their rival officeholders.

"We should reject these articles and be done with this," he remarked. "This idea of 'obstruction of Congress' because the president invoked the constitutional rights that every president has and almost all of them have invoked -- that's ridiculous and dangerous."

Hemmer asked the Lehigh Valley lawmaker about Sens. Lisa Murkowski of Alaska, Mitt Romney of Utah and Susan Collins of Maine, whose votes may be the key to whether the Senate will move to call further witnesses.

Toomey said he hasn't spoken to the trio, but noted that if they do vote for witnesses, the motion to call witnesses would fail on a 50-50 tie -- if no other Republican joins them.

When asked about the possibility of calling former National Security Adviser John Bolton to testify, Toomey said that even if Bolton is summoned, his testimony would likely not raise the allegations against Trump to impeachable offenses.

Last week, Toomey told his hometown paper, the Allentown Morning Call, that the question of whether or not to call witnesses should, at the time, have been based on resolving fact-based disagreements.