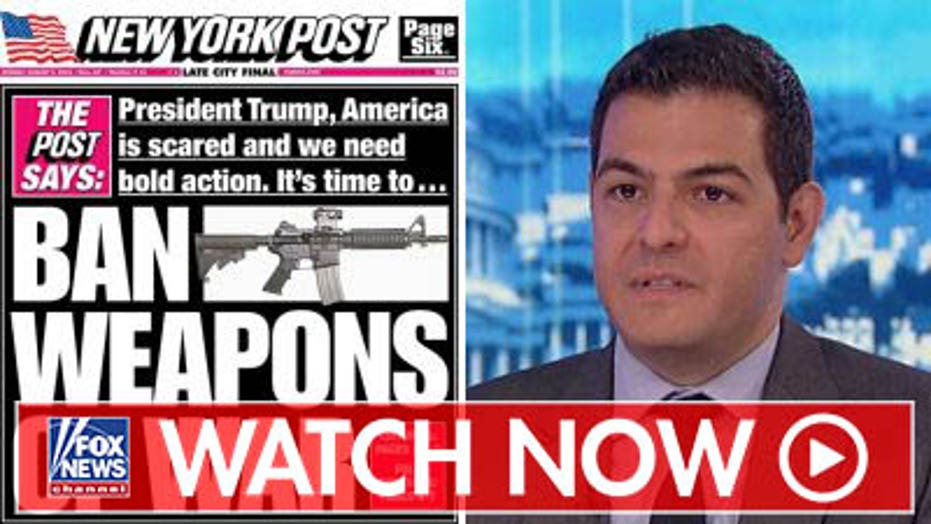 An editor with the New York Post defended his newspaper's decision to place a gun control-related op-ed so prominently on its iconic cover Monday morning.

Sohrab Ahmari said Monday on "The Daily Briefing" he didn't write the op-ed, "Ban Weapons of War," but claimed it is an important message for readers in New York City and beyond, in the wake of two mass shootings over the weekend -- in El Paso, Texas and Dayton, Ohio.

"I didn't write the editorial, but the editors thought that this issue -- we're like anyone else, we're people -- we have kids, we have family members," he said.

"And just the thought of them walking into a Walmart for back to school supplies and not coming out because some monster was enraged for what reason, and was able to use these sort of high caliber, rapid-fire, semi-automatic, semi-military-style weapons is disturbing." 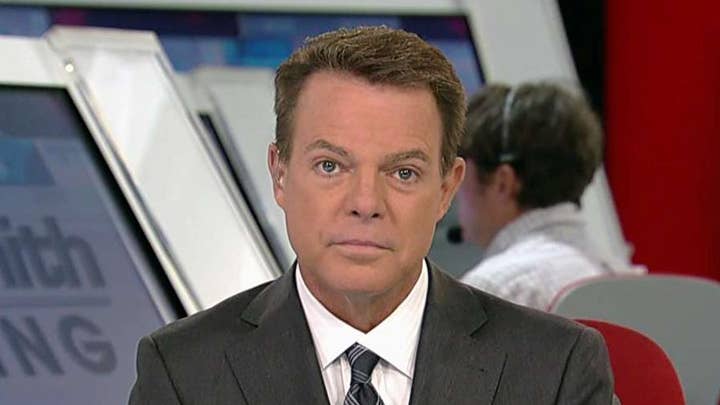 In the op-ed, the editorial board writes the Founding Fathers presented citizens with the right to bear arms, "during a time of muskets."

"They did not foresee a time when one 21-year-old could kill 20 people in the span of minutes thanks to poisonous beliefs and an assault weapon," the piece read.

In his interview, Ahmari said he is heartened by President Trump's contemplation of potential legislative or executive responses to the tragedies.

"It's very encouraging to note the president, both in his tweets this morning and in his statement a little bit later, suggested an openness to doing some pragmatic things that are short of anything like grabbing guns -- but background checks, reg flag alerts and so forth," he said. 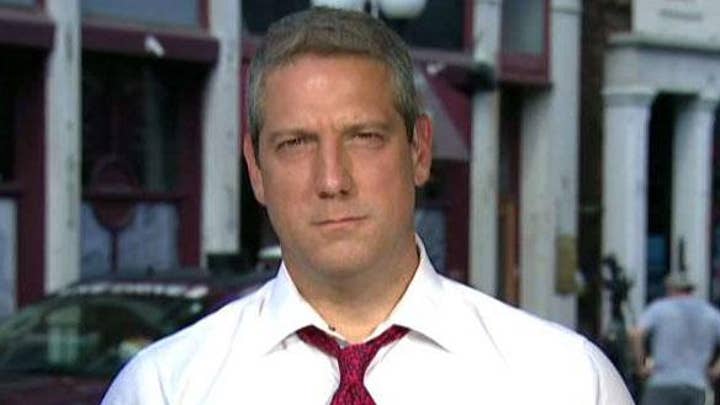 Ahmari also noted the op-ed explained how "assault weapon" is a "cosmetic" term, adding any government action should take into consideration a more nuanced set of factors like magazine size and rapidity of fire.

"Some combination of those that make it possible for someone to kill so many people in such a short amount of time can be reasonably regulated -- without getting at handguns or weapons that are used for hunting," he said.

He also responded to critics on social media who claimed the Post published the op-ed because he is a "liberal" and an "urbanite."

In the op-ed, the editorial board wrote Trump is in a "position to assuage" fears of Americans in the wake of the shootings.

"On gun control, you are a pragmatic centrist, someone who knows there is a vast majority of Americans who are not to the extreme left or right on this issue. They just want the killings to stop," the piece stated.

"Yes, we know the president regularly praises the Second Amendment and received the National Rifle Association’s support in the 2016 race."

"But the Second Amendment leaves ample room for regulating gun rights, just as every other constitutional right has its limits."