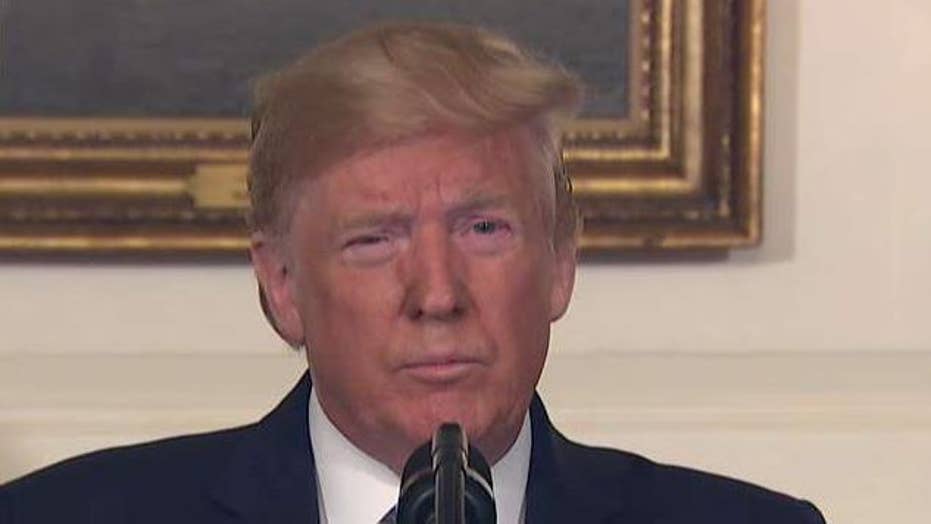 The New York Post urged President Trump to “ban weapons of war” with a front-page message and editorial calling for action on the heels of tragic mass shootings that occurred over the weekend in El Paso, Texas and Dayton, Ohio.

“People all across the nation are scared; many feel like the country is spinning out of control. They’re looking to their leaders for more than prayers,” the Post’s editorial board wrote. “America is terrified.”

The editorial said that Trump is “positioned to assuage that fear” and the president is “a pragmatic centrist, someone who knows there is a vast majority of Americans who are not to the extreme left or right on this issue.”

The New York Post editorial called for “bipartisan action” to come up with a prompt solution to gun violence.

Americans simply want “the killings to stop,” the Post wrote.

The editorial then notes that Trump has received support from the National Rifle Association and frequently praises the Second Amendment but there is “ample” room to make a change.

“Come up with answers. Now. Beginning with the return of an assault weapons ban,” the editorial board wrote. “This ban would only be part of the response: Keep improving background checks, find wiser approaches to mental health, get every state to pass a red-flag law (do a federal one, too, even if issuing these restraining orders is mainly the job of state courts).”

The Post called for “bipartisan action” in order to come up with a prompt solution to gun violence.

“Maybe some sort of summit of top political leaders; maybe a high-powered commission full of people without political ambition; maybe both, and more,” the editorial board wrote. “One of the big reasons that crime has fallen so far in New York City is a crackdown on guns. Their ownership is restricted, and the NYPD is focused on getting illegal ones off the street. Gun control works.”

The paper then mocked the “guns don’t kill people, people do” cliché.

“The twisted and the evil can kill a lot more people when handed a murder machine. Our Founding Fathers gave us the right to bear arms in a time of muskets. They did not foresee a time when one 21-year-old could kill 20 people in the span of minutes thanks to poisonous beliefs and an assault weapon,” the Post wrote. “It does not have to be this way. It should not have to be this way. Mr. President, do something — help America live without fear.”