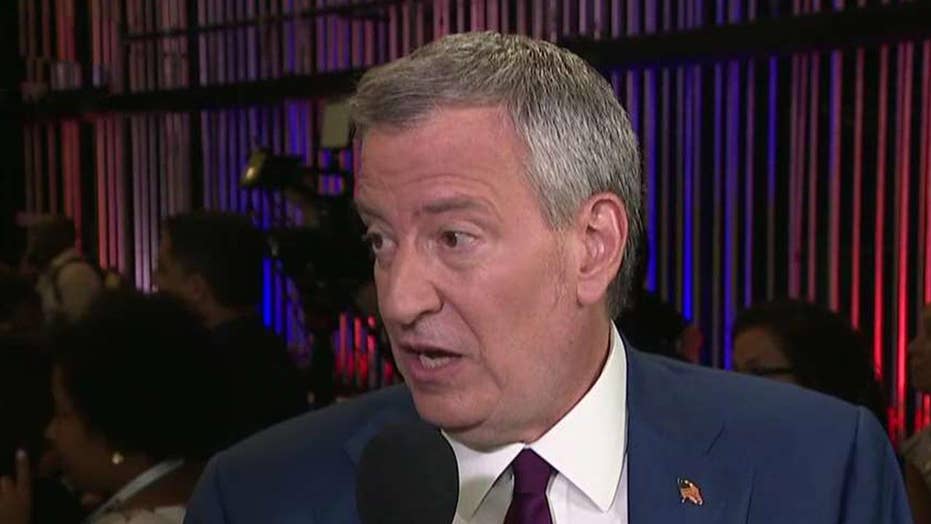 DETROIT -- NYPD cops turned out Wednesday to protest New York City Mayor Bill de Blasio’s appearance at the 2020 Democratic primary debate, calling on him to get back to the Big Apple, negotiate with the men and women in blue, and "finish the job that he ran for."

“Mayor de Blasio,” they chanted. “No friend of labor!”

The cops, who traveled from New York, told Fox News that they had been out of contract for almost two years with no raise to speak of, and that de Blasio wanted to give them raises that were well below inflation. The protest was organized by the New York City Police Benevolent Association (PBA) which represents 24,000 rank-and-file officers.

“We’re here to tell our mayor that he should come back and finish the job that he ran for,” Officer Joseph Alejandro told Fox News. “He ran to be the mayor of New York City and now he’s doing this run, we don’t know why but he’s got a lot of unfinished work in this city and one of those things is he should be negotiating with us.”

“He keeps running away from us ... so we’re going to chase him as much as we have to, we’re going to make sure he knows that he should be back at the table and do his job,” he said.

The mayor has had a consistently poor relationship with his officers. In 2017, officers turned their backs on him when he spoke at the funeral of a murdered officer. Cops have accused him for years of not backing them. Incidents of officers being doused with water in New York neighborhoods have fueled tensions, though de Blasio has condemned those attacks.

But officers told Fox News that the main issue they were focusing on in Detroit was pay, claiming they are roughly 30 percent behind the average of other local police departments.

“There are many things, but that’s the primary, it means nothing unless you can put food on the table for your family,” Alejandro said.

De Blasio has struggled to soothe relations with officers. At a primary debate last month, de Blasio again referenced how he had talked with his son Dante about “how to protect himself in the streets of our city … including the fact that he has to take special caution because there have been too many tragedies between young men and our police.”

When a day later he tweeted his condolences about an officer who took his own life, the Sergeants Benevolent Association (SBA) called him “full of s---.”

“You bashed every cop in the country last night in the DNC debate. You use cops for your own gain,” the SBA’s account tweeted. “Truth is you could care less about cops, so save the sympathy card for the clowns who believe your cr--."

He is not the only presidential hopeful to be dogged by his own cops. Police in South Bend, Ind., have been angered by the way Mayor Pete Buttigieg handled an officer-involved shooting in the city, and subsequent remarks in which he said policing was done under the “shadow of racism.”

But de Blasio will need a breakout moment quickly to remain in the presidential race, or at least on the debate stage, past the summer. A Fox News Poll published last week found that his support was a mere 1 percent.

Fox News asked Alejandro what he would ask de Blasio on the debate stage.

“Why do you disrespect police officers in your own city that you can’t even sit with them and negotiate a contract?” he said. 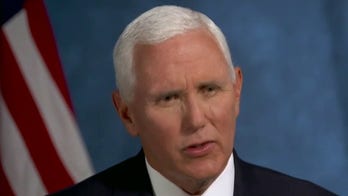