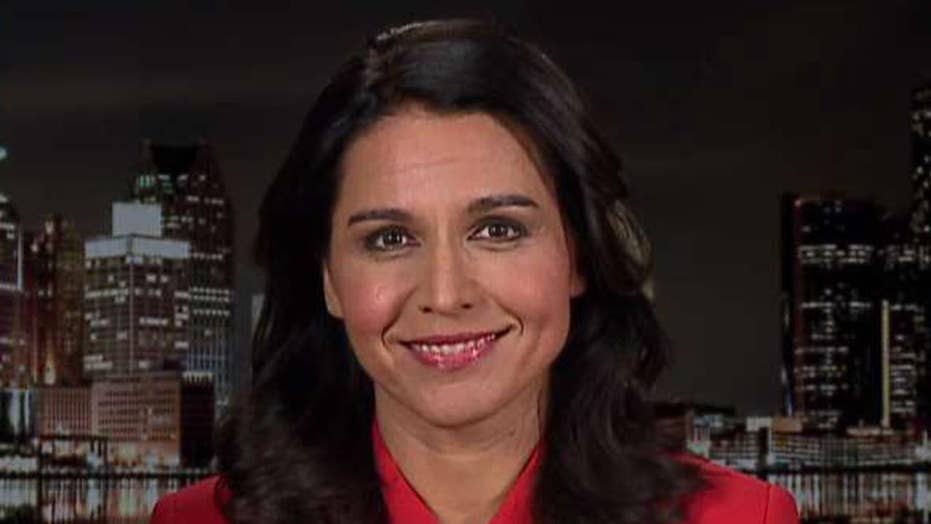 Vrindavan Gabbard, the sister of 2020 presidential candidate and Rep. Tulsi Gabbard, D-Hawaii, blasted CNN before the second Democratic primary debate on Wednesday and suggested the party might want to reconsider partnering with the network.

"If tonight’s debate on CNN is as biased/unfair as last night, the DNC needs to reconsider CNN hosting future debates," she said in a statement tweeted by her sister just before the debate.

"The number of original questions (with 60 seconds to respond to each) was very biased," she added before suggesting that the network was choosing winners and losers.

She appeared to be lamenting candidates who polled lower receiving fewer questions. Gabbard's sister has consistently lagged behind the other Democrats in polling.

Gabbard previously called out MSNBC for favoring Sen. Elizabeth Warren, D-Mass., during the first Democratic primary debate in June. "It's clear who MSNBC wants to be president: Elizabeth Warren. They're giving her more time than all the other candidates combined. They aren't giving any time to Tulsi at all," she said.

MSNBC host Rachel Maddow has claimed that her network took strides to be neutral. "When we're setting these things up, I mean obviously we're studiously neutral between the candidates," she said.