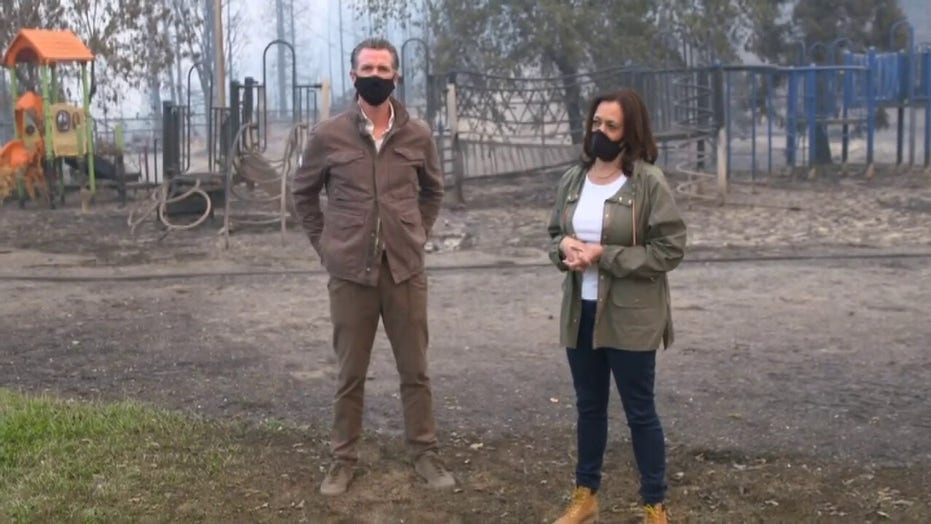 Upon her visit in her home state, Harris was seen wearing the iconic boots while surveying the devastation left behind by the California wildfires, sparking plenty of compliments on Twitter and glowing headlines from the media.

However, Women For Trump co-founder Amy Kremer pointed out that the media was rather hostile towards the first lady on multiple occasions when she wore Timberlands.

Kremer shared two headlines side-by-side from Yahoo News, one from Wednesday reading "Kamala Harris may have made Timberland boots cool again" and the other from December 2018 reading "Melania Trump gets mocked for wearing Timberland boots while visiting the troops."

"It’s no wonder the American people don’t trust the media," Kremer continued. "I know this isn’t really about the boots. But the boots show the extreme #mediabias. The media will go to any length to push their own agenda. This is disgusting. As I said in an earlier tweet, it’s no wonder Americans don’t trust them."

This isn't the first time the Democratic VP nominee has received praise over her fashion choices. Earlier this month, a report from The Washington Post highlighted the Chuck Taylor All-Stars the senator wore during her visit to Milwaukee.

"By Tuesday morning, videos by two reporters witnessing her arrival had been viewed nearly 8 million times on Twitter," Post reporter Chelsea Janes wrote, "for comparison’s sake, more than four times the attention the campaign’s biggest planned video event, a conversation between Joe Biden and Barack Obama, had received on both Twitter and YouTube combined."

The Post's report, which had the headline "Kamala D. Harris goes viral — for her shoe choice," Janes explained, "At this point in a presidential campaign, every move is calculated, often to convey a sense of youth and energy and fitness to reassure voters of a candidate’s ability to handle the rigors of running the country, or helping to do so."