A former New England Patriots player turned Army Ranger reacted to LeBron James’ recent anti-cop tweet on Thursday and cautioned against the increasing politicization of sports and the military.

Jake Bequette, during an appearance on "Fox & Friends," said that the left has "taken over" nearly every sector of American life, including academia, the "legacy media," and the bureaucracy in Washington, D.C.

When asked why political action and tweets like those of LeBron James are becoming increasingly prevalent, Bequette asserted that sports and the military represent the "final frontier" of meritocracy, patriotism, and institutions of traditional American values, which the left is intent on subverting.

"They’re not gonna stop until they’ve taken over everything," said Bequette, who played for New England from 2012 to 2015 and was a member of the Patriots team that won Super Bowl XLIX over Seattle.

Bequette said that it was a "tragedy" to see politics injected into sports and the military, two institutions that the former NFL player believes "transcend" race, class, and background.

Bequette also expressed concern that the politicization of the military could derail the armed forces' goal of fighting and winning wars.

With the U.S. military "transitioning" away from small-scale battles in the Middle East, Bequette asserted that it was imperative to train the military with the mindset of "great power competition" with foreign governments, such as China, Russia, and North Korea. 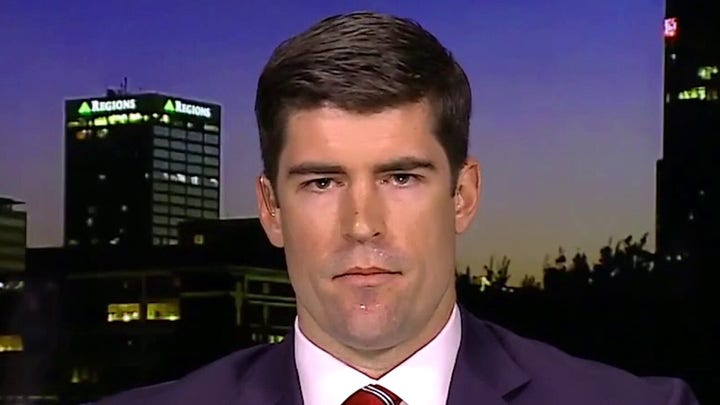 "We have to train our military with that perspective and focus, not these woke leftist ideologies that have no place on the battlefield or on the playing field,’’ Bequette said.

James reacted to news of a police-involved shooting in Columbus, Ohio on Wednesday. In a now-deleted tweet, James shared an image of the officer in question and wrote: "YOU’RE NEXT" with the hashtag "ACCOUNTABILITY".

After the emergence of evidence identifying that the 16-year-old shot and killed was charging another teen with a knife, James faced intense backlash and attempted to clarify his previous tweet, saying that he was tired of seeing Black people killed by police.