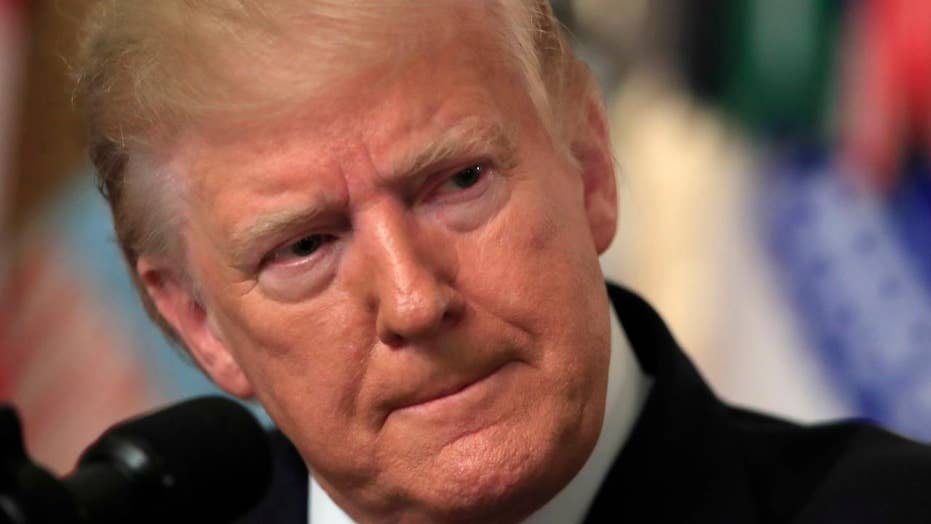 Former Bush deputy chief of staff and Fox News contributor Karl Rove reacts to the president's strong language after the death of the ISIS leader.

Karl Rove on Monday touted President Trump’s victory in the death of Abu Bakr al-Baghdadi, pushing back on critics of the language the commander-in-chief used during his announcement of ISIS leader's demise.

“His description is good. To describe who this guy is to the people -- to the west -- [is] to remind us of the evil that they (ISIS) represent. On the other hand, the most important thing was we killed him,” Rove told “Fox & Friends.”

Trump described al-Baghdadi as dying "in a vicious and violent way, as a coward, running and crying.” “He died like a dog, he died like a coward,” Trump said in an address to the nation Sunday morning.

Rove, a former senior adviser to President George W. Bush who served during the day of the 9/11 terrorist attacks, said the president's words were a message not only to Americans but to would-be terrorists around the world.

“The terrorists are not going to pay attention to the president’s words, but they pay a lot of attention to America’s actions," Rove said. "And the death of Baghdadi has got to shake that organization from top to bottom.”

The Islamic State leader detonated an explosive vest as U.S. Special Operations Forces stormed his compound in the Idrib Province. Trump said he died whimpering at the back of a dead-end tunnel and had been under surveillance for weeks.