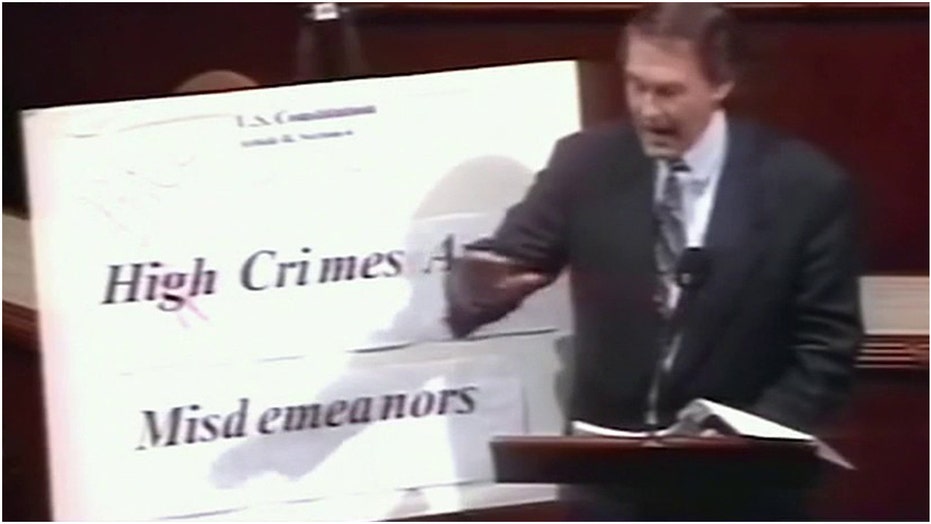 President Trump's defense team hits back hard against Democrats while wrapping up opening statements in the Senate impeachment trial; reaction and analysis on 'The Five.'

"I know John Bolton. John Bolton is a neo-con. John Bolton is a hard-right guy. That's why he was in the Trump White House. And now...he's a backstabbing bad man," Williams said. "To me, what's strikes me is, again, this is not what we heard today from [Trump attorney] Jay Sekulow, Jay Sekulow said this is just a policy disagreement. This is not what you hear from Bolton ... This was about the president, in fact, saying, 'I want to withhold aid to get something for myself.'"

Earlier Tuesday, Trump’s legal team argued that the manuscript of Bolton’s forthcoming book should be “inadmissible” in the impeachment trial and urged an immediate acquittal as they wrapped up their opening arguments on the Senate floor.

Sekulow urged senators not to pry the trial open to new evidence in light of The New York Times’ report that Bolton's manuscript claims Trump explicitly linked a hold on Ukraine aid to an investigation of Joe and Hunter Biden.

Kennedy jumped in and criticized Democrats for employing what she called a "flawed" approach to the trial.

"The enemy of my enemy is my friend, and that has been our mantra in the Middle East and around the world," Kennedy said. "And it's very flawed. But that's what the Democrats are going on right now. And they continue to do that."

Kennedy noted the absurdity of Democrats praising Bolton, who they've repeatedly criticized in the past.

"John Bolton has, yes, he has been despised by the left for a long time because of his foreign policy and his worldview," Kennedy said. "But now all of a sudden, Democrats, not only [have] they woken up and they've discovered Federalist 65 and Alexander Hamilton and all of the founders and the Constitution. But now to them, John Bolton is a patriot because he's the enemy of the president."