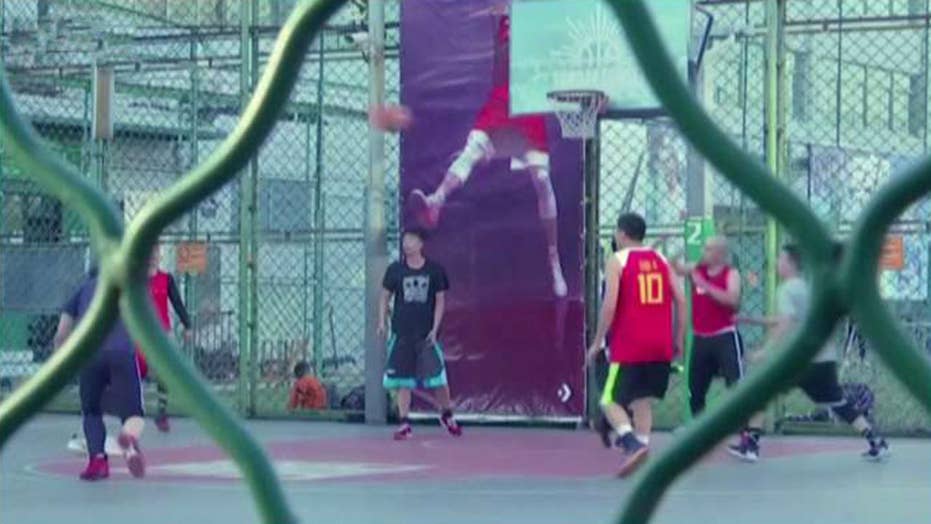 The Dispatch editor-in-chief Jonah Goldberg says China is using Apple and the NBA as 'props' in a propaganda campaign.

"They've been using the NBA and they're using Apple basically as props in a propaganda campaign to warn other businesses and other governments stay out of this Hong Kong stuff," Goldberg said on "The Story with Martha MacCallum" Thursday.

The NBA is facing criticism after Houston Rockets General Manager Daryl Morey sent out a tweet supporting the Hong Kong protesters, prompting China to admonish the NBA, cancel basketball games, events and broadcasts.  The commissioner, coaches and players were criticized for apologizing to China and some coaches who have been outspoken in the past on social justice issues were criticized for their silence.

After Apple received criticism from a state-run media company in China for reinstating the HKMap app in the App Store, the tech giant to pulled the app again.

The app was being used by demonstrators to crowdsource information such as street closures and where police are located, using emojis. The app developer has previously denied it is being used for illegal purposes.

Goldberg blasted China and ripped the NBA for supporting what he described as an "apartheid" country. 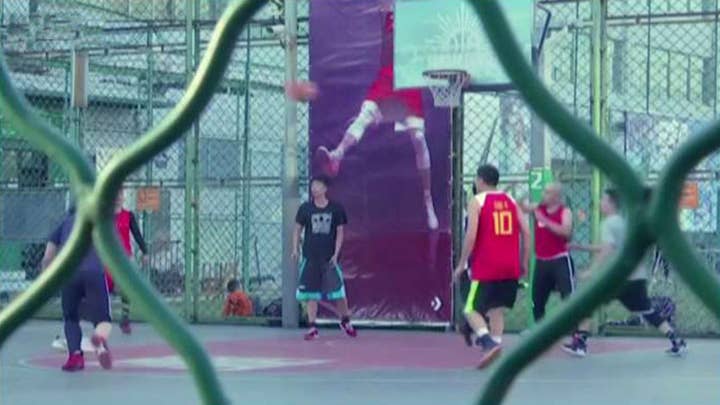 "If, the Han Chinese who are the dominant ethnic group in China, if they were blond and blue-eyed white people, and everybody else stayed, you know their hue everyone would instantly recognize that China is essentially a Jim Crow country or an apartheid country," Goldberg said. "If you don't come from the right group, if you don't have the right language, you could worship the wrong religion [then] you can't get certain jobs, you're not allowed to travel internally... It is just state institutionalized bigotry.

Goldberg added, "And when the NBA comes out saying we value free speech but we also stand for diversity and all these kinds of things. They don't value diversity in China."