Inside look at how Iranian people viewed Soleimani

"Our leaders are the warmongers," says Masih Alinejad, Iranian journalist &amp; activist, reacting to the mixed media reports on the death of General Soleimani

Iranian journalist and activist Masih Alinejad told Fox News Friday that the people of Iran did not mourn the death of Iranian General Qassem Soleimani.

Appearing on "America's Newsroom" with host Sandra Smith, Alinejad said that the Iranian media staunches "freedom of expression" in the country.

"So, all you see in Iranian state television -- state media -- [is], like, showing some people took to the street mourning and showing their sympathy [towards] Qassem Soleimani," she told Smith. "But, the fact is this: many Iranians do not see him as a hero and if you go to social media, that they are very happy."

"Why?" she questioned. "Because they have been witnessing how [the] Revolutionary Guard killed people in the streets across Iran."

Alinejad added that to many Iranians, Soleimani and the Revolutionary Guard are killers and torturers, responsible for acts of terror in much of the Middle East.

Soleimani, the head of the Revolutionary Guard Corps' elite Quds Force, was killed in a U.S. airstrike near Baghdad's airport on Thursday. Iranian President Hassan Rouhani took to Twitter, promising to "take revenge for this heinous crime."

Alinejad explained that supporters of the Tehran regime are living "in their own bubbles" and "not even in touch with ordinary people."

"And, most important[ly]...[the media are] only allowed to cover the story where the ministry of culture tells them to cover," added Alinejad. "Otherwise, they will lose their connection. So, for most of the media, it's important to have [a] connection with [Foreign Minister Mohammad] Javad Zarif, with our political leaders, and that is why they cannot tell you that how much people are actually angry, frustrated, because of these terrorist warmongers." 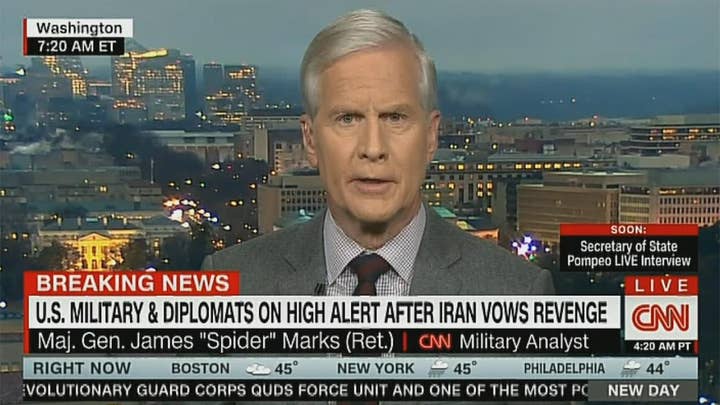 Alinejad said that while the people of Iran "do not want war or any kind of military confrontation," their leaders have the power and are imprisoning people -- including her own brother -- in order to keep it.

Smith asked Alinejad how she reacted to news of Soleimani's death on Thursday.

The journalist said that while her dream was to see Soleimani and his cohorts in court, "this is what they had to face" because they are responsible for the "misery" in Iraq and Syria.