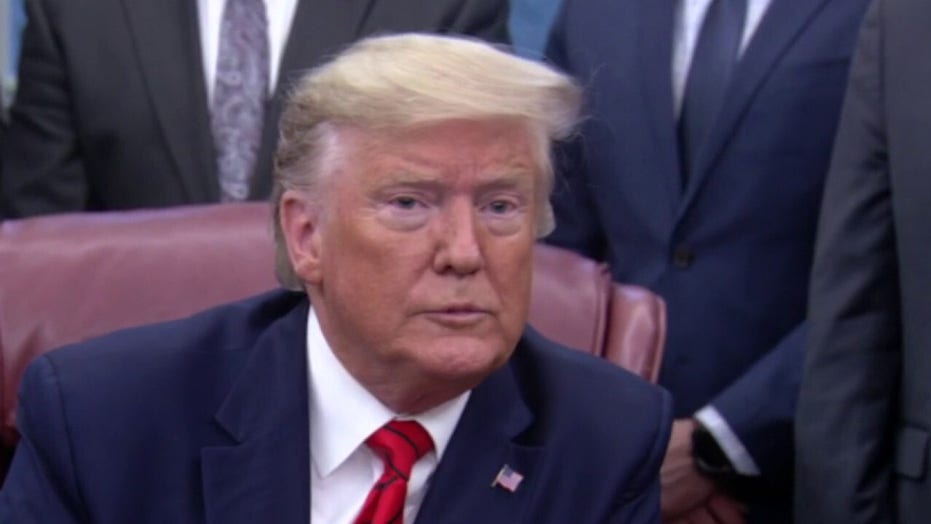 Candidates battle it out for the primary; reaction and analysis on 'The Five.'

"The Five" co-host Greg Gutfeld tried to explain the appeal of a Trump campaign rally Tuesday, saying that they were full of life and a "good time."

"[Trump rallies are] less political than they are fun. Like I know people that go to these things and it really is like Woodstock for woodworkers or Lollapalooza for longshoremen," Gutfeld said. "People get there, they have a good time. The 'Never Trump' filter never seems to understand this, which is why they misdiagnose so many issues. And it's also why Trump is able to steal the spotlight from the Democrats, because you see life at the rallies."

By contrast, Gutfeld said, "You don't see life among the Democrats. I mean, there's more life at a Blockbuster Video store than on the stage of Democrats."

Trump said he was looking to get under Democrats' skin on Monday by holding a rally in New Hampshire on the eve of the state's first-in-the-nation primaries.  The president jabbed the Democrats over the Iowa caucus debacle and the party's treatment of Sen. Bernie Sanders, I-Vt.

"I think we're seeing the end of this electability myth that we keep hearing about the most electable person, you know, whether it was Marco Rubio or Jeb or Hillary or Biden," Gutfeld said. "Electability is like that hype you hear before a movie and then the movie turns out to be 'Cats.' And there's like Joe Biden right now, he's 'Cats.'"

Co-host Juan Williams pointed out that any fear the Democrats have of the president will diminish after the party picks its nominee.

"Well, I think one thing is when you have a nominee, I think a lot of that's going to go away. It'll be one on one and I think that's pretty clear," Williams said.  "Democrats, they know their number one priority is beating Donald Trump."