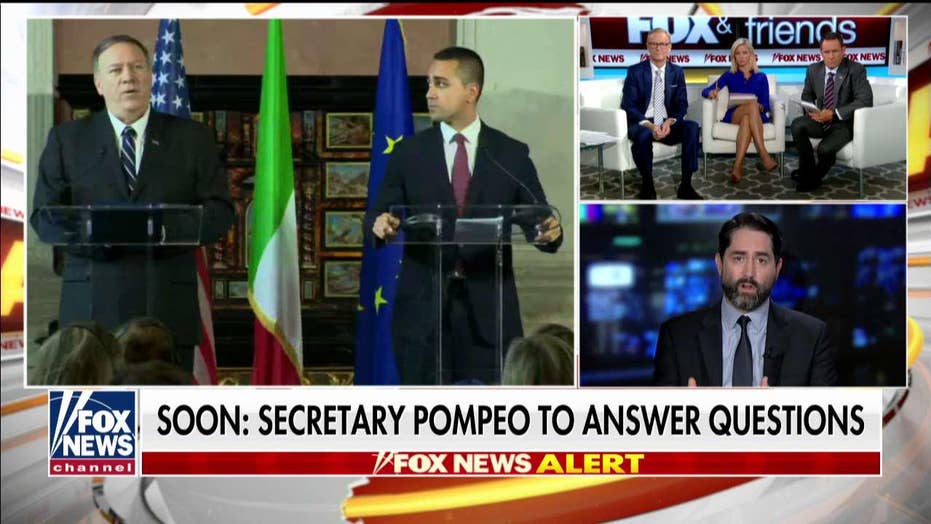 Former Utah U.S. Attorney Brett Tolman said Wednesday that Democrats who are leading the impeachment charge against President Trump have yet to identify an “underlying federal crime,” in the phone call with the president of Ukraine.

“When that is the case, then it’s a fishing expedition and it’s a dangerous one because we’re going into a branch's ability to interact with a foreign country,” he added.

During a press conference in Rome early Wednesday, Secretary of State Mike Pompeo also acknowledged for the first time that he was on President Trump’s July 25 phone call with Ukrainian President Volodymyr Zelensky -- the incident that has since touched off an impeachment inquiry.

Trump is under fire for urging Zelensky, on that call, to investigate the Biden family over their dealings in the country. Pompeo on Wednesday described his involvement on that call as appropriate, and within the purview of his role as secretary of state.

“I do not underestimate the ability of the Democrats right now to create what they’re actually looking for: To cause an issue, to subpoena, to argue that there is obstruction of justice,” Tolman said.

Tolman also said Democrats have to be able to find that a “thing of value” was demanded by the president and that it has to be “quantifiable.”

“That’s what the Department of Justice is saying, we don’t find any quantifiable thing of value that was demanded,” Tolman said, referring to Trump's request for help with his 2020 campaign via the potential dirt on Biden.