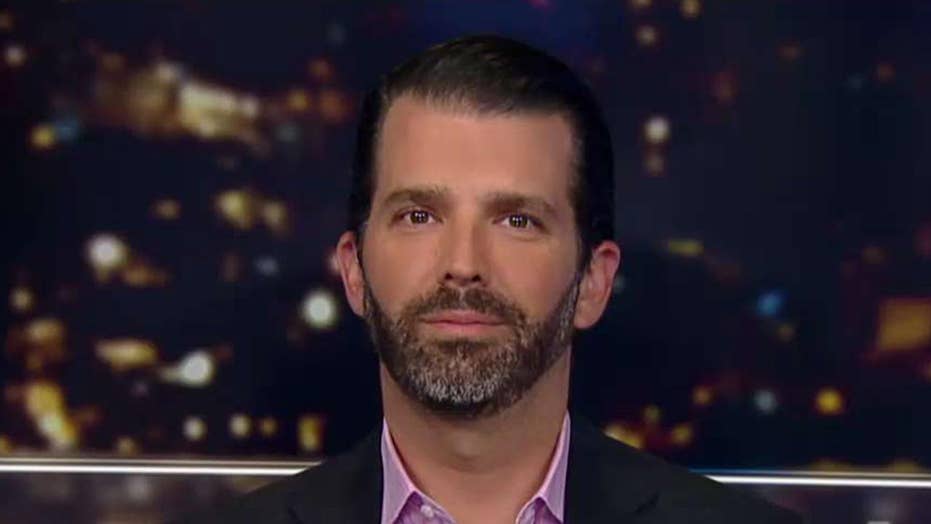 Donald Trump Jr. appeared on "Hannity" Wednesday night and voiced his frustration with Democrats continuing to pursue impeachment against his father President Trump, calling it "disgraceful."

"It's a telephone game of nonsense proportions. But, you know, the media gets that first wave. They get it directly from [Rep. Adam] Schiff. They get to run with it as though it's fact," Trump said. "In a month when they open up the process and everyone else sees it, they will have done the damage. That's why it's disgraceful."

Trump wondered allowed why the media didn't have a problem with House Democrats and their lack of transparency.

"I'm surprised that the media, who has been so vocal about not wanting democracy to die in darkness, Sean, they don't want it to die in darkness," Trump said. "They're totally fine with this being and going on in total darkness. It's a disgrace."

The president's oldest son praised Rep. Matt Gaetz, R-Fla., for his protest Wednesday and asked Hannity when "enough is enough."

"It was great to see guys like Matt Gates and so many other Republicans, the House, finally say enough is enough. But when is it really going to be enough, Sean?" Trump asked. "When are they actually going to do something about it? Because this is nonsense."