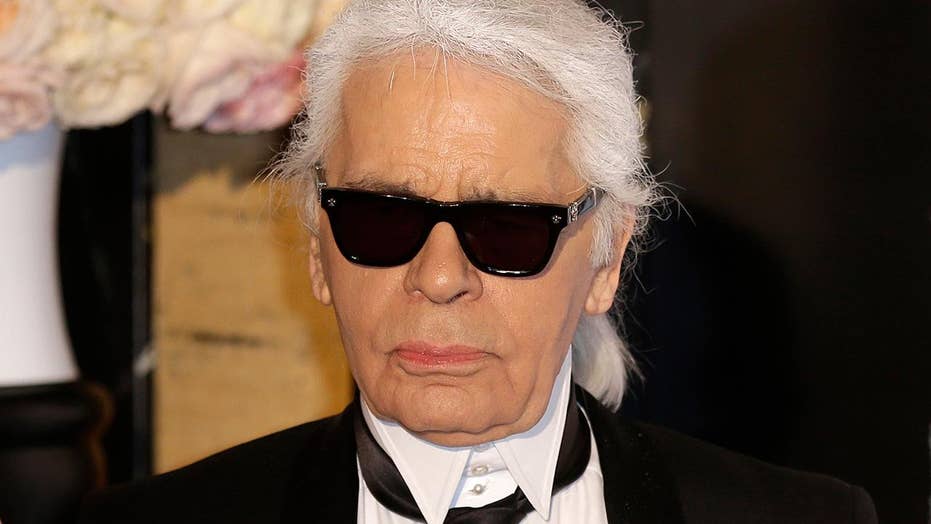 The House of Chanel has announced that Virginie Viard will succeed the late Karl Lagerfeld as creative director of the iconic brand. Reps for Chanel have not yet disclosed whether Viard’s appointment is permanent.

Lagerfeld’s death was announced by French media early on Tuesday following rumors of the German fashion designer’s declining health; Lagerfeld had not appeared at the finish of Chanel’s show at Paris Fashion Week as he was “feeling tired.”

Viard, the longtime head of Chanel’s fashion studio, instead did the honors.

“Virginie Viard, Director of CHANEL’s Fashion Creation Studio and Karl Lagerfeld’s closest collaborator for more than 30 years, has been entrusted by [Chanel CEO] Alain Wertheimer with the creative work for the collections, so that the legacy of Gabrielle Chanel and Karl Lagerfeld can live on,” reps for Chanel wrote on Instagram.

In 1983, the German-born creative took over at Chanel, which had been dormant since the death of its founder, Coco Chanel, more than a decade earlier.

"When I took on Chanel, it was a sleeping beauty — not even a beautiful one," Lagerfeld once said in the 2007 documentary "Lagerfeld Confidential."

A well-wisher arrives with a bunch of flowers at Chanel's headquarters in Paris, to pay tribute to fashion designer Karl Lagerfeld, France, Tuesday, Feb. 19, 2019. Chanel's iconic couturier, Karl Lagerfeld, whose accomplished designs as well as trademark white ponytail, high starched collars and dark enigmatic glasses dominated high fashion for the past 50 years, has died. He was around 85 years old. (AP Photo/Michel Euler)

For his debut collection for the house, the fashion guru injected a dose of raciness, sending out a translucent navy chiffon number that prompted scandalized headlines.

In this Nov. 30, 1953 photo, Karl Lagerfeld poses with an unidentified model in Germany, city not known. (Werner Baum/dpa via AP, file)

He never ceased to shake up the storied house, sending out a logo-emblazoned bikini so small that the top looked like pasties on a string and another collection that dispensed entirely with bottoms, with the models wearing little jackets over opaque tights instead.

Though the world-famous designer spent much of his life in the public eye — his trademark white ponytail, high starched collar and dark glasses are instantly recognizable — he remained a largely elusive figure. Such was the enigma surrounding Lagerfeld that even his age was a point of mystery for decades, with reports he had two birth certificates, one dated 1933 and the other 1938.

In 2013, Lagerfeld told the French magazine "Paris Match" he was born in 1935, but in 2019 his assistant still didn't know the truth, telling The Associated Press he liked "to scramble the tracks on his year of birth — that's part of the character."

Celebrities, models and fans alike are mourning the passing of the fashion icon. Vogue.com shared a personal note from their editor-in-chief, Anna Wintour, regarding the news.

“Today the world lost a giant among men. Karl was so much more than our greatest and most prolific designer — his creative genius was breathtaking and to be his friend was an exceptional gift,” Wintour opined. “Karl was brilliant, he was wicked, he was funny, he was generous beyond measure, and he was deeply kind.”

“I will miss him so very much,” she added.