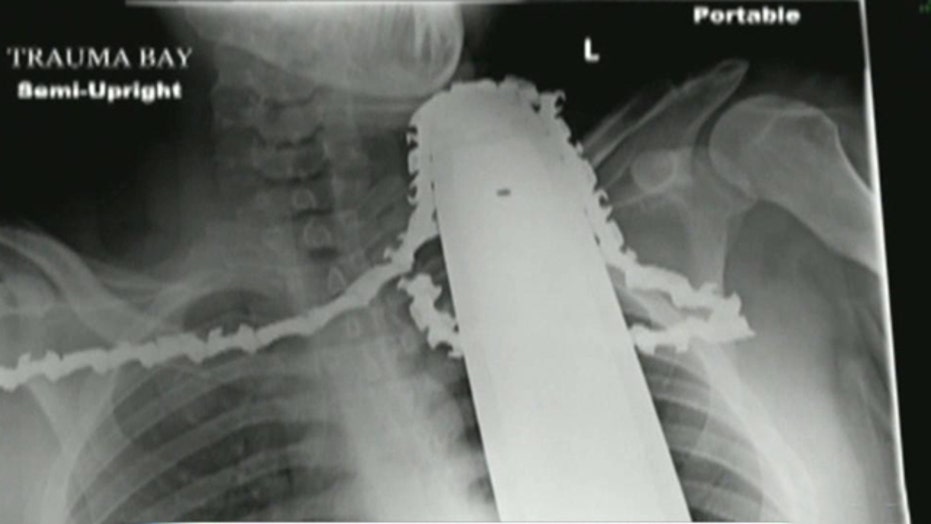 Lucky to be alive: Chainsaw slices into tree cutter's neck

PITTSBURGH – A tree-trimmer is recovering after he was rushed to a Pittsburgh hospital with a chain saw blade embedded in his neck.

James Valentine was in a tree in Ross Township on Monday afternoon when he was struck in the neck by the saw. Another worker helped him down, and his co-workers left the saw in place to try to limit the bleeding.

Valentine had emergency surgery at Allegheny General Hospital. Doctors say the saw missed major arteries and instead cut into muscle. The hospital Tuesday released an X-ray showing the saw still in the 21-year-old's neck.