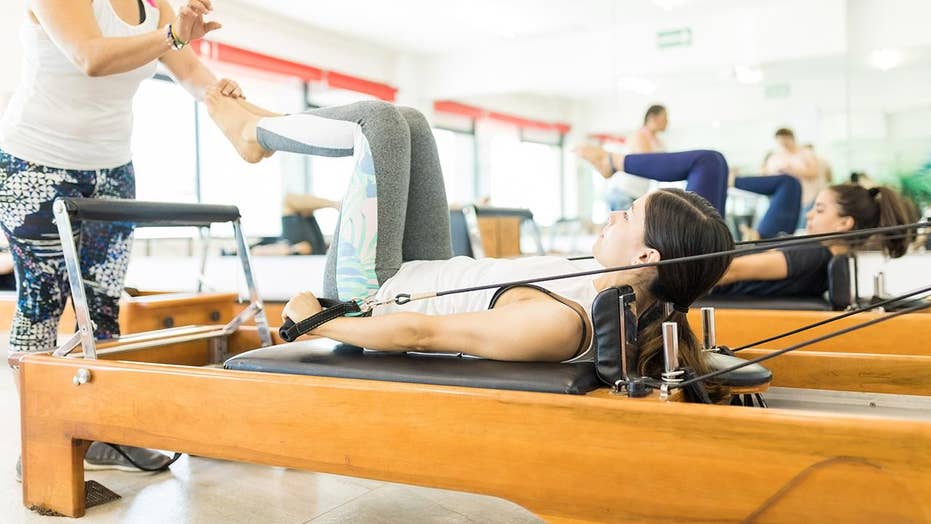 Medical Mysteries and Marvels: A 42-year-old woman feels a pop in her neck during a Pilates class and starts experiencing horrendous headaches. Her doctors diagnose her with Spontaneous intracranial hypotension, a condition where fluid leaks from the brain.

Most people who suffer workout injuries incur a sprained joint or pulled muscle. But one 42-year-old woman received a Pilates injury that caused her brain fluid to leak.

The injury happened when the woman was attending her usual Pilates Reformer class, according to her 2014 case published in the Journal of Medical Case Reports.

THE POWER OF CORD BLOOD: WHAT STEM CELLS CAN AND CAN'T DO

During one Pilates move, the woman felt a distinctive pop in her neck, states the case study. But she felt no other symptoms—until she started experiencing regular headaches later. The first headache began about an hour after the telltale popping sound.

According to the case study, the woman’s headaches became more severe over 4 weeks’ time, during which she sought medical help. She went to the doctor several times after an initial diagnosis of a muscle injury. Still, her painful headaches weren’t responding to pain medication.

However, a condition called spontaneous intracranial hypotension (SIH) is known to cause headaches when a person is upright, reports the case study. Because the woman’s headaches were relieved when lying flat, the case study’s authors suspected this condition.

SIH is often caused by a cerebrospinal fluid leak, according to the National Organization for Rare Diseases (NORD).

Eventually, that leak causes low brain fluid, which leads to headaches when standing or sitting as the brain has less fluid to cushion it.

Although likely an under-reported condition, one number estimates 5 cases per 100,000 people, states the NORD. Typically, fluid leaks through a small tear in the connective tissues surrounding the brain and spinal cord, called the spinal dura.

In this woman’s case, doctors confirmed their suspicions when they saw pockets of excess fluid on an MRI of the spine. A CT scan also showed localized bleeding.

The study authors noted that most cases should identify where the tear happened so that doctors can treat it with a blood patch. The patch would use the patient’s own blood to repair the hole in the connective tissue.

But in this case, the woman’s symptoms improved with only bed rest and caffeinated drinks. She was released after 2 weeks in the hospital and showed no abnormal signs or images in her follow-up appointment.

Now only one question remains: does Pilates pose a risk for leaking brain fluid? It’s possible. But the case authors state that this is the first case of its kind.