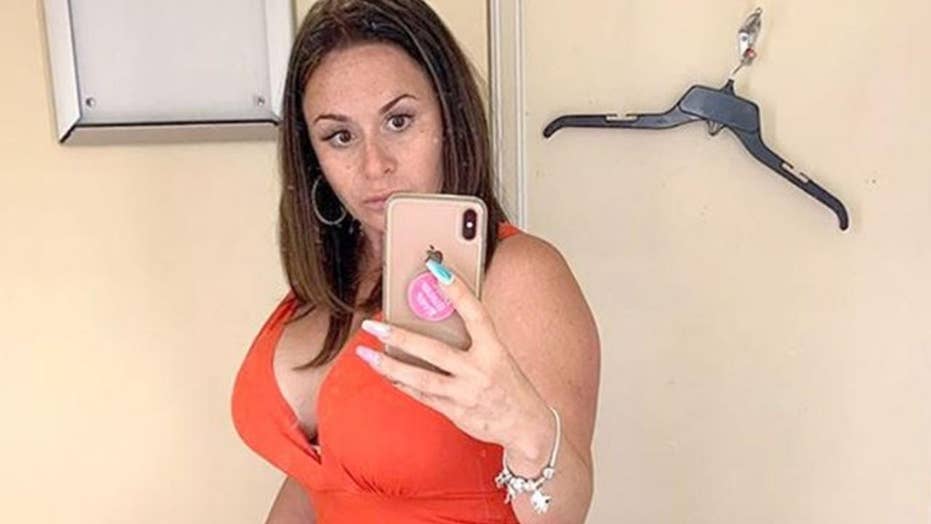 Lyndsay Colosimo traveled to Colombia to have a tummy tuck, breast reduction and butt lift procedures. The surgeries left her in pain and with an E. Coli infection. She nearly died and needed more surgery to fix problems created by the botched procedures performed on her.

A Florida woman who sought a tummy tuck, breast reduction and butt lift from a surgeon in Colombia back in May said she has since lost her nipples and been hospitalized with infections stemming from the botched procedures, which nearly killed her.

MOM WHO NEARLY DIED AFTER GIVING BIRTH SHARES MOMENT SHE MET NEWBORN SON: 'LUKA AND I NEEDED EACH OTHER'

“I am extremely embarrassed and ashamed of the decisions I’ve made,” Lyndsay Colosimo, who was only dismissed by her U.S. doctors earlier this month, previously told WPTV.com. “I feel like a monster to be honest.”

Lyndsay Colosimo, pictured before her surgery, said she had undergone a tummy tuck before but wanted it redone, and later discussed a breast procedure and butt lift with the surgeon.  (Caters News Agency)

Colosimo, who said before surgery she wouldn’t wear a bikini, said two of her friends went to the same clinic in Colombia and were happy with the results.

“I had a tummy tuck in the U.S. in 2012 and I wasn’t happy with it and wanted it revised with a bum lift,” she told Caters News Agency, according to The Sun. “When I got to the clinic, I was advised on a breast reduction and lift too – something I have always wanted but it wasn’t my priority.”

She said she went against her gut and went ahead with all three because “you trust the professionals.”

But when she woke from the surgery, she immediately began vomiting and her doctor was nowhere to be found.

Colosimo, pictured after the multiple procedures, said she could tell immediately that something was wrong. (Caters News Agency)

“It continued for a few days and I could see a black spot under my bandage, but I was told it was dried blood and not to worry by medics,” she told Caters, according to The Sun. “I knew in my heart it wasn’t as I was getting worse by the day – eventually I saw what was under the bandage and 30 percent of my nipple was black.”

At that point, Colosimo told WPTV.com she began expressing her concerns to her sister back in the U.S., who allegedly showed a doctor. He reportedly told her the nipple looked like necrosis, which is the death of tissue. But back in Colombia, Colosimo said her doctor was telling her over a messaging app that her symptoms were fine, and the infection would go away. She claims she was being visited by a nurse in a hotel where she was supposed to be recovering but was leaking out of her wounds.

“I had wounds on my breasts as the implant pocket wasn’t big enough – it’s like the incision was made for a C-cup and DD was shoved in,” she said, according to The Sun. “My skin started breaking open, it was terrifying to see. I had a fever and continued to show signs of infections and encouraged to walk around whereas people are told to rest after surgery.”

She said despite the circumstances, she ignored the red flags like a nurse using massage oil to push the infection out of her wounds because she just wanted to feel better. Once she got back to the U.S., she went straight to the hospital where she was diagnosed with an E. coli infection in her breast and told she needed more surgery to fix her stomach. She needed a wound vax and her bandages had to be changed by doctors daily, according to Caters.

Once back in the U.S., Colosimo was immediately hospitalized for infections and had to undergo several more procedures to correct the damage done.  (Caters News Agency)

“The infection almost cost me my life – I developed cellulitis and I am still in constant pain at the incision point,” she told Caters, according to The Sun. “I was seeking perfection but now I look back and realize I was good enough.”

Colosimo is not the first person to fall victim to medical tourism, as many others continue to travel abroad in search of cheaper cosmetic surgery despite many warnings from health officials and plastic surgeons.

“Every surgery, including cosmetic surgery, has some risks involved,” according to The American Society of Plastic Surgeons. “These risks may increase during vacation-related plastic surgery.”

The ASPS also warns that traveling on long flights after surgery can increase the potential risk of pulmonary embolism and blood clots. There are also no U.S. laws that protect the patients or mandate that the physicians aboard be specifically qualified to perform the procedures outside the U.S.

“I thought I would feel liberated after, but I feel ashamed,” Colosimo said.