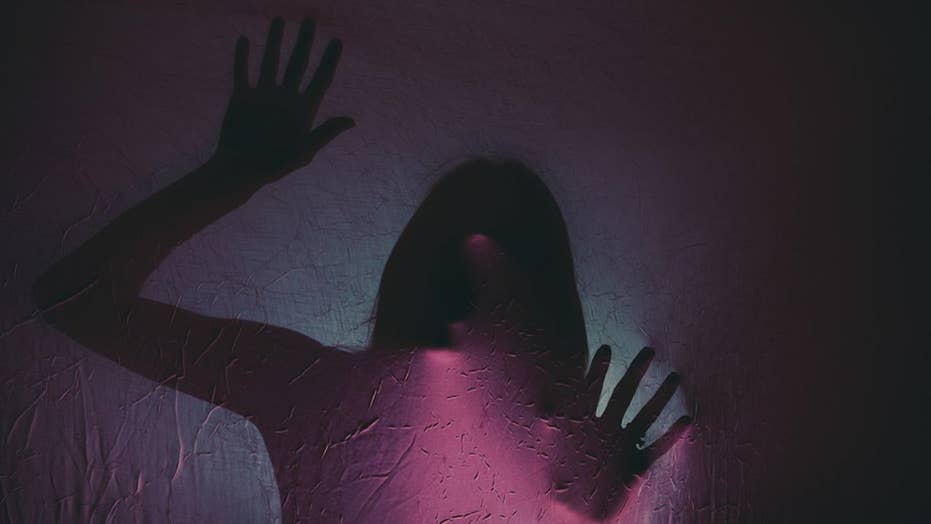 Most people experience nightmares on occasion. According to the sleep health foundation, only 2.5 to 10 percent of adults experience nightmares, yet up to 90% of those with PTSD have reported “disturbing dreams with some degree of resemblance to the actual traumatic event,” But what really causes nightmares?

They terrorize us in the middle of the night with frightening images that are vivid and feel all too real, making our hearts pound and our bodies drip with sweat. They force some to re-live car accidents, house fires, and other traumatic events, while others scramble to avoid monsters or ghosts.

Suddenly, we snap awake. Our bodies lurch forward and we breathe a sigh of relief in realization it was just a nightmare.

“Occasional nightmares are a normal part of dreaming and can provide valuable insight into our psychological and spiritual lives,” Rubin Naiman, psychologist and clinical assistant professor of medicine at the University of Arizona Center for Integrative Medicine, writes in the paper “Dreamless: the silent epidemic of REM sleep loss.”

For others, frightening dreams are a chronic condition.

Trauma survivors — specifically those suffering from Post Traumatic Stress Disorder (PTSD) — are more likely to experience nightmares. In fact, while only 2.5 to 10 percent of adults experience nightmares, according to the Sleep Health Foundation, up to 90 percent of those with PTSD have reported “disturbing dreams with some degree of resemblance to the actual traumatic event,” according to a report co-authored by Anne Germain, a professor of psychiatry and director of the Sleep and Behavioral Neuroscience Center at the University of Pittsburgh School of Medicine.

Separately, in a study cited by the National Center for PTSD, an agency with the U.S. Department of Veterans Affairs, more than 50 percent of Vietnam War veterans with PTSD said they experienced nightmares “fairly often,” while only 3 percent of civilians reported the same.

“If there is a traumatic event, these people are more likely to experience nightmares,” Germain told Fox News, explaining nightmares are thought to be the brain’s way of processing a negative experience in an attempt to lower its emotional intensity. But in some instances — for reasons which are still very much being investigated — “the nightmare will stick, becoming the brain’s dreaming pattern,” she added.

“A PTSD nightmare feels like the waking world. Except it’s something really, really scary that is happening,” Elizabeth Brico, who said she suffers from the condition as a result of domestic violence, wrote in a May 2017 blog post.

“My nightmares tend to revolve around being strangled, suffocated, or having my eyes pushed into my head. The feeling is indistinguishable from an actual assault. I feel like I can’t breathe. I feel like there is someone in the bed with me, assaulting me. When I wake up, my brain and body still react to the nightmare as though it were real,” she described.

Nightmares can also be associated with other psychiatric diagnoses, such as depression or insomnia. Children, too, can be affected. Roughly 10 to 50 percent experience nightmares, according to the Sleep Health Foundation.

"What is stressful for a child is different from an adult,” Germain noted, explaining children's nightmares are typically triggered by losing a pet or moving away from friends.

"Once people start paying attention to their dreams, a whole world opens up. ...Dreams can be a parallel to how people see their lives.”

Others who suffer from sleep paralysis —  a condition that can be benign or linked to other conditions, such as narcolepsy — have been known to experience horrifying, dream-like hallucinations while falling asleep or waking up, according to the National Sleep Foundation.

“The dream experience is just as compelling as being awake,” Naiman told Fox News. “People with narcolepsy are among the most intense dreamers.”

Then there’s those who experience idiopathic nightmares, a type of nightmare that does not occur for any tangible or known reason.

But when comparing the brains of idiopathic nightmare sufferers and those of controls, Tore Nielsen, director of the Dream and Nightmare Lab at Sacred Heart Hospital in Montreal, told Fox News in an email that he has “noticed anomalies in their frontal lobes ... in regions that act to put the 'brakes' on excessive emotion that might be activated by the emotion 'engine' centered on the amygdala,” a part of the brain that helps us process emotions such as fear.

In Nielsen’s other research, which is currently under review, the “severity of a person's nightmares (in a sample of 18 nightmare-prone individuals), as indexed by their own ratings of how much distress their [nightmares] generally cause, was negatively correlated with blood flow (a measure of brain activity) in these frontal brain regions."

In other words, the higher the distress described by the nightmare sufferer, the lower the blood flow in the frontal brain region.

Both posttraumatic and idiopathic nightmares sufferers can be affected by the lack of sleep their nightmares tend to cause, as dozing off again after experiencing a scary dream can be difficult. Sleep deprivation has been linked to a variety of health issues, such as weight gain, high blood pressure, negative impacts on both short and long-term memory, mood changes, poor balance, among other side effects.

A 2017 study conducted by researchers at the University of Turku in Finland echoed Neiman's sentiment, concluding frequent nightmares increase the risk of suicide in both those with PTSD and those without it. Another study from the same year also discovered nightmares are “temporarily associated with an increased propensity for NSSI [nonsuicidal self-jury],” also known as self-harm.

But there’s good news: those who experience frequent nightmares — for both idiopathic or posttraumatic reasons — can find relief.

Prazosin, a medication that was initially developed to treat high blood pressure, according to Germain, has been effective, particularly for those who suffer from PTSD-induced nightmares.

Another treatment, imagery rehearsal therapy, has been a useful form of treatment that helps patients “replace” their negative dreams with more positive ones.

“Your brain learns to create these negative scenarios, but you can replace it with something that is more positive, that’s not negative or disturbing,” Germain said.

US WOMAN DEVELOPS SALMONELLA IN BREAST IMPLANT AFTER TRIP TO CANCUN

"[In most cases], they start sleeping through the night and stop having nightmares. Some people start having similar dreams to the nightmare, but it doesn’t wake them up,” Germain said.

“While there are theories as to why we dream, no one knows for sure,” he added.

And while they can be debilitating for some, nightmares can serve as an "internal healing process," Naiman noted.

"Once people start paying attention to their dreams, a whole world opens up. Dreams can relate to the world at large, what's going on in the community, politically, socially [or] economically. Dreams can be a parallel to how people see their lives," Naiman said.