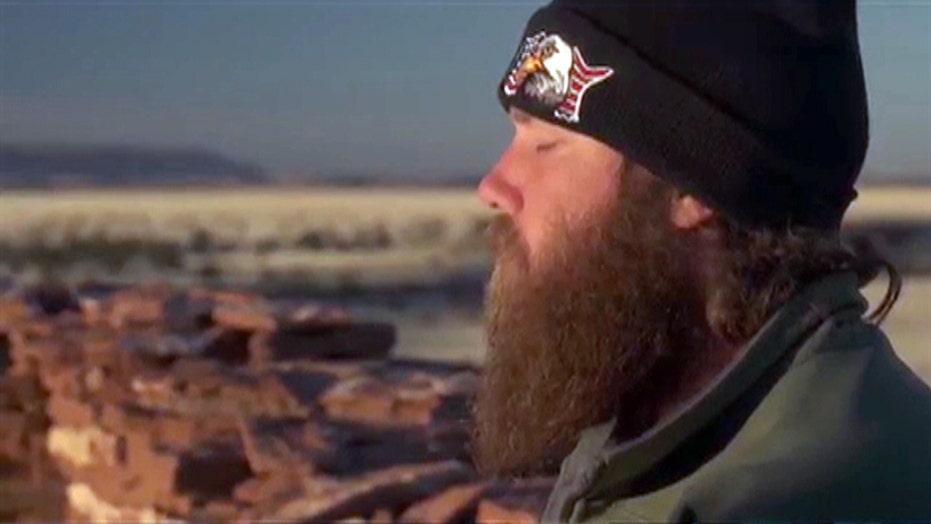 According to the Department of Veterans Affairs, around 20 veterans committed suicide per day in 2014 - the most recently available statistics.

Veterans Affairs Secretary David Shulkin has labeled the figure “an unacceptable statistic,” according to The Hill.

“We’re reaching out to community groups, to academic groups,” Shulkin was quoted as saying. “We’re doing research in this area. We’re trying new therapies and treatments. And I certainly hope that we can have a big impact on this problem.”

There were 71 active duty suicides, 20 reserves suicides and 31 National Guard suicides in the first quarter of 2017, according to the latest quarterly suicide report available on the website for the Defense Suicide Prevention Office (DSPO).

Experts are currently attempting to reduce those numbers by evaluating a series of factors.

Suicide risk factors for soldiers, veterans and civilians include being male, Caucasian and having psychiatric trauma, according to Dr. Craig Bryan, the executive director of the National Center for Veterans Studies at the University of Utah.

For both Post-Traumatic Stress Disorder (PTSD) and suicide, “part of the issue is not necessarily combat-related,” Dr. M. David Rudd, the co-founder and scientific director of the center, told Fox News. He cited the “stress of being in the military during wartime,” saying there’s an intensified operations pace for those both deployed and at home.

Suicide risks for civilians, active and reserve service members are “relatively the same,” Dr. Keita Franklin, the director of the DSPO, said. The average age of civilians at high risk of suicide is older than it is for service members, Franklin explained.

“The earlier you ask, the more effective treatment is,” Rudd said. People with PTSD often do not report it for years and it may become severe, making the disorder more difficult to treat, he explained.

Franklin echoed this, saying that for service members having issues, “when they come early, the easier it is to help them.”

It helps to have a "crisis response plan." As part of the process, you help someone figure out ways they deal with stress and who they can reach out to, Bryan said. People can refer back to index cards which include this information as well as mental health resources.

Active-duty Army soldiers at Fort Carson were given either one of two types of crisis response plans (CRP), or a different suicide prevention method called a contract for safety, in a study published this year.

Bryan noted that some PTSD therapies may reduce suicide risk.

The military, Franklin explained, has been trying to distance people at risk of suicide from methods that could be used to harm themselves, like by giving out gun locks. Most military suicides involve a privately-owned weapon, she said.

“We’re not trying to restrict their weapons,” she said, instead stressing that it’s a risk reduction method. There have also been efforts involving messaging around suicide.

With counseling, “what’s right for one person isn’t right for another,” and it’s important to have multiple methods, she said.

For veterans he’s worked with, a short-term form of CBT called brief cognitive behavioral therapy (BCBT), is “by far the most effective method,” according to Bryan, who said that it “goes directly at the underlying cause of suicide.”

BCBT involves 12 sessions, he said, instead of years of treatment.

Rudd, Bryan, and others found that “soldiers in brief CBT were approximately 60 percent less likely to make a suicide attempt during follow-up than soldiers in treatment as usual.”

There are also other approaches to consider.

“Evidence-based therapies for PTSD, including prolonged exposure and cognitive processing therapy, have been shown to decrease suicidal ideation,” VA spokesman Terrence Hayes told Fox News in an email, adding that they are “available at every VA medical center.”

Both prolonged exposure therapy and CPT may help patients in the wake of trauma. Prolonged exposure instructs people on how to slowly handle things they've avoided, the VA says online. People are also taught to examine and alter their thinking with CPT.

A Military Crisis Line is available for both service members and veterans, and they can also text for help. Service members can participate in an online chat with a VA responder, as can veterans. There are also other online resources.