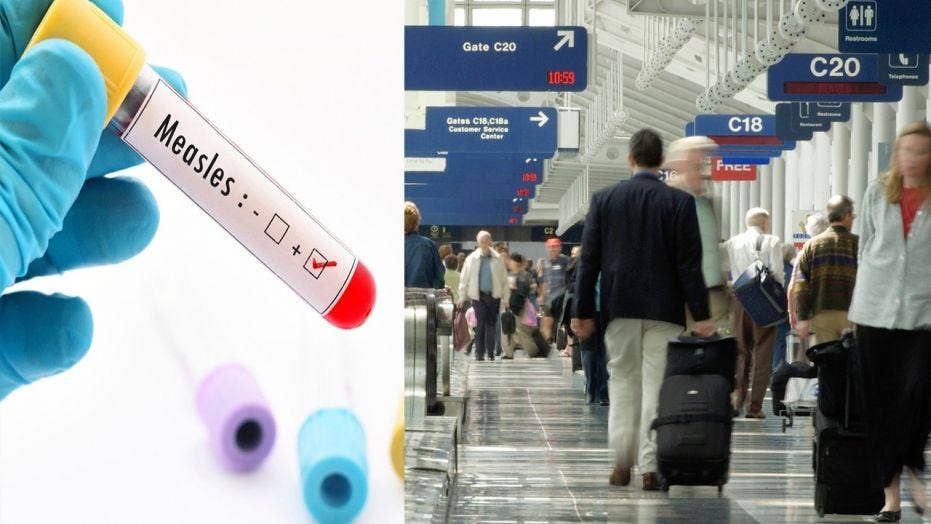 A measles warning for travelers at three different airports in the U.S. Airports in Detroit, Memphis and Newark, New Jersey may have been exposed to measles after cases were confirmed in two international travelers.

People who visited the airports in Detroit, Memphis and Newark, N.J., in recent days may have been exposed to measles, since two international travelers have separately been diagnosed with the highly contagious disease, health officials said on Tuesday.

In the first case, New Jersey officials said a child with measles flew from Brussels, Belgium, to Newark Liberty International Airport, and then took a connecting flight to Memphis.

Officials did not release the exact date when the infected traveler arrived at the cities, but said people who came in contact with the child could develop measles symptoms — including rash, high fever, cough, runny nose and red, watery eyes — as late as April 2.

Children who received the measles, mumps and rubella vaccine twice are “considered protected for life.” (Reuters)

New Jersey residents who may have been exposed to the child will be contacted by local health departments, officials said. People who develop possible symptoms of measles should immediately contact their health care provider.

Though the disease is highly contagious, officials said children who received the measles, mumps and rubella vaccine twice are “considered protected for life.”

Meanwhile, Michigan's Department of Health and Human Services issued a similar warning in Detroit on Tuesday, after a traveler was diagnosed with measles, the Detroit Free Press reported. The traveler landed in Detroit Metro Airport on March 6 after traveling abroad.

"Anyone who was in customs or baggage claim in the airport's north terminal between 2 and 5 p.m. that day should seek medical attention from their primary care provider if they develop symptoms of the disease," the news release stated.

A measles warning was also issued at a day care in Johnson County, Kan., where three cases of children with measles were reported. The babies were too young to receive the measles, mumps and rubella vaccine.