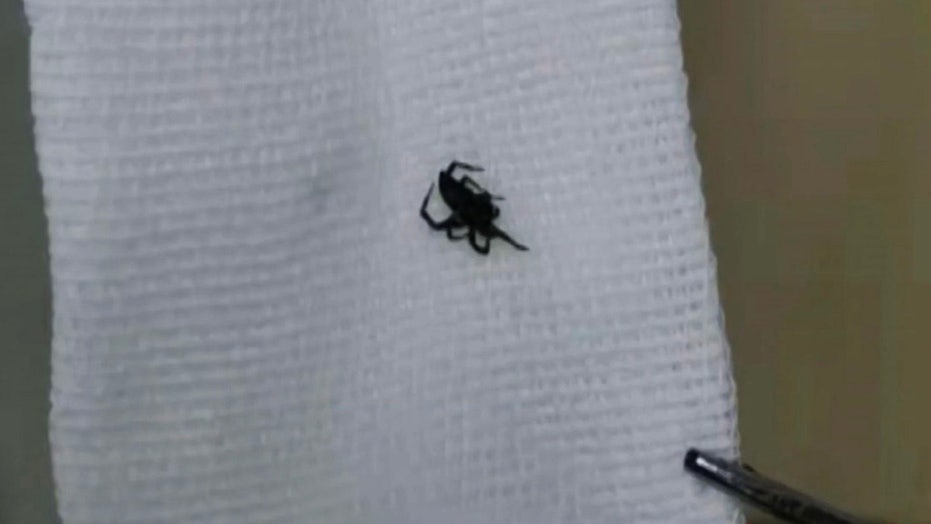 A 15-year-old boy in China who was complaining of itchiness in his ear shocked his doctor after the health professional discovered a spider had found its way in.

MAN STUCK GARLIC CLOVE IN EAR IN BID TO RID OF INFECTION, LEFT IT FOR 2 MONTHS

The boy, whose name was not revealed, wound up in the care of Dr. Mo Zhifeng at Boda Ear, Nose and Throat Hospital in East China, according to AsiaWire. Because of the way the spider was positioned, Zhifeng told the news outlet that the safest way to remove it was to kill it first.

The 15-year-old had been complaining of itchiness in his ear before his father took him to the doctor.  (AsiaWire)

“We dripped vitamin A and D into his ear canal in order to drown the spider,” Zhifeng told AsiaWire. “It was much easier to remove it after it had died. Further examinations showed no significant damage to the boy’s ear. His eardrum and ear canal were both intact. Had we not dealt with it in time, the spider could’ve bitten his eardrum.”

Zhifeng said it’s unclear how or why the spider wound up in his patient’s ear canal, but that others who find themselves in similar situations should always seek medical care and attempt to drown the bug rather than attempt to free it using a sharp object.

Zhifeng said because of where the spider was positioned, it was best to drown it before extracting it.  (AsiaWire)

There are several ways a bug may enter a person’s ear canal, including during sleep or if the bug flies into the ear. Symptoms usually include discomfort, ear pain, and irritation. If the bug is still alive once inside the ear canal, patients may complain of a crawling or buzzing sensation, or even painful stinging depending on what type of bug has entered the ear, according to Medical News Today.