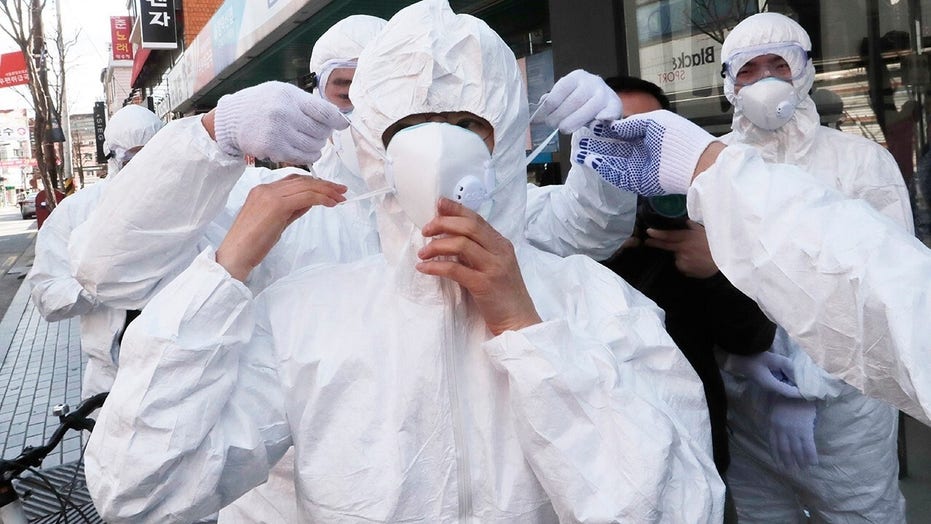 Could the coronavirus become the next Spanish flu?

Forensic pathologist Dr. Michael Baden explains on 'Fox &amp; Friends' what concerns him most about the coronavirus outbreak.

Some patients in China’s Guangdong Province who were treated for the coronavirus and were discharged later tested positive again for the novel virus, which has sickened some 82,000 people globally and claimed more than 2,800 lives as of Thursday.

About 14 percent of patients discharged in the province later tested positive for the virus again during follow-up examinations, The New York Times, citing a Song Tie, a Guangdong health official, reported.  The secondary positives have called into question the accuracy of the Chinese diagnostic tests.

Patients in China who contract the virus, known as COVID-19, must test negative twice and undergo a chest scan before they can be released from hospital care, according to the outlet.

The news comes after a Japanese woman in her 40s tested positive for coronavirus for a second time. She first tested positive in late January and was released from the hospital after recovering. She was readmitted after having a sore throat and chest pains, according to the local government.

It's the first known case of a second positive test in Japan, which prompted Health Minister Katsunobu Kato to inform Japan's central government of the need to review previous patient lists and monitor the condition of those previously discharged.