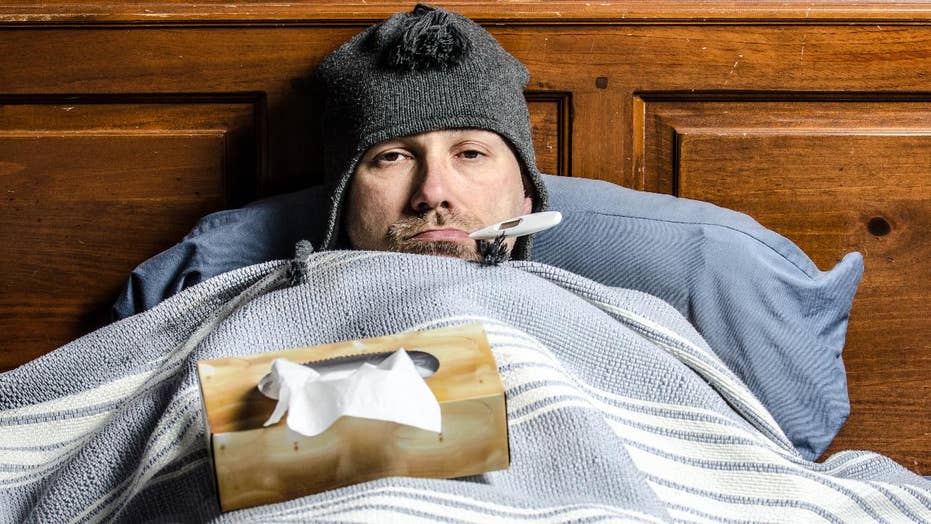 The so-called “man flu” has been a punchline for decades, but according to one expert it may be time to stop taking it lightly.

CHICAGO – As many as 646,000 people are dying globally from seasonal influenza each year, U.S. health officials said on Wednesday, a rise from earlier assessments of the disease's death toll.

Global death rates from seasonal influenza are likely between 291,000 and 646,000 people each year, depending on the severity of the circulating flu strain, they said.

That is up from a prior estimate range of 250,000 to 500,000 deaths, according to officials from the U.S. Centers for Disease Control and Prevention, published in the medical journal The Lancet.

The CDC did not give reasons for the hike in estimates but said the study by it and global health partners was based on data from a larger, more diverse sample of countries than previously. It excludes deaths during flu pandemics and from conditions exacerbated by the flu, such as heart disease.

"These findings remind us of the seriousness of flu and that flu prevention should really be a global priority," said Dr Joe Bresee, associate director for global health at the CDC's Influenza Division and a co-author of the study.

The greatest flu mortality burden falls on the world's poorest regions and among older adults. People aged 75 and older and those living in sub-Saharan Africa had the highest rates of flu-associated respiratory deaths, the study found.

U.S. officials are predicting an especially challenging 2017/2018 flu season, which is just getting underway in the northern hemisphere.

Flu cases in Australia during the 2017 southern hemisphere winter resulted in record-high numbers of lab-confirmed hospitalizations and deaths, Dr Anthony Fauci, director of the National Institute of Allergy and Infectious Disease, wrote recently in the New England Journal of Medicine.

Fauci noted that the flu vaccine was only 10 percent effective at fighting the predominant flu strain - Influenza A (H3N2) - making people sick in Australia.

As the vaccine for this year's northern hemisphere flu season is the same, that could mean the season may be especially severe.

Fauci and other experts have long called for investment in the development of a universal flu vaccine that would protect against both seasonal and pandemic flu.