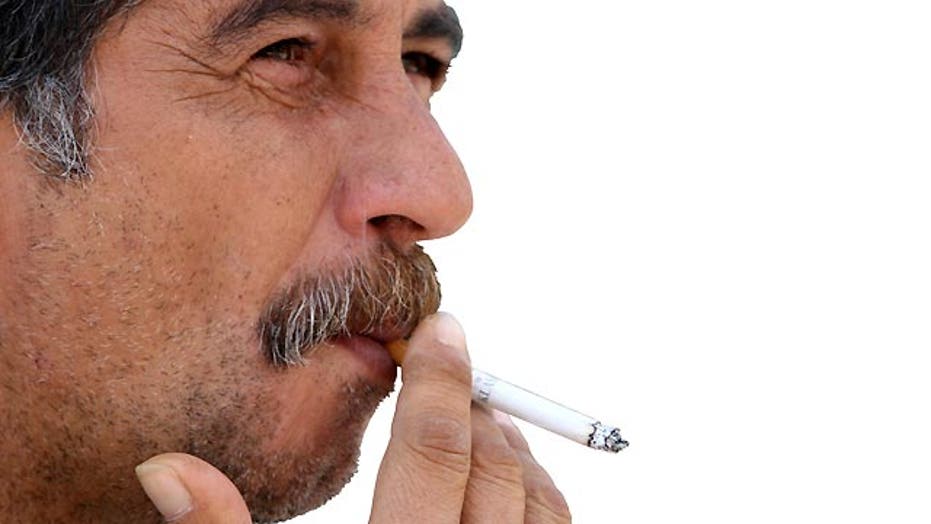 Study: Smoking is more dangerous for men than women

Male smokers are three times more likely than non-smoking men to lose their Y chromosomes, according to research which may explain why men develop and die from many cancers at disproportionate rates compared to women.

In a study in the journal Science, researchers at Sweden's Uppsala University found that Y chromosomes, which are important for sex determination and sperm production, more often disappear from blood cells of smokers than those of men who have never smoked or of men who have kicked the habit.

Since only men have Y chromosomes, the finding offers a possible answer to why smoking is a greater risk factor for cancer among men than women.

"There is a correlation between a common and avoidable risk factor, that is smoking, and the most common human mutation -- loss of the Y chromosome," said Jan Dumanski, an Uppsala professor who worked on the study.

"This ... may in part explain why men in general have a shorter life span than women and why smoking is more dangerous for men."

Besides lung cancer, which is caused by smoking and is often fatal, tobacco smoking is known to be a major risk factor for a range of serious illnesses. It is the world's leading preventable cause of premature death from chronic conditions such as heart disease, strokes and high blood pressure.

Epidemiological data show male smokers have a higher risk of developing non-lung forms of cancer than women who smoke.

The team analyzed data on more than 6,000 men, taking into account their ages, exercise habits, cholesterol levels, education status, alcohol intake and many other health and behavioral factors.

They discovered that in smokers, the loss of Y chromosomes appeared to be dose-dependent -- in other words, men who smoked more lost more -- and that some men who went on to quit smoking appeared to regain their Y chromosomes.

Lars Forsberg, who also worked on the study, said this suggested Y chromosome loss due to smoking might be reversible

"This discovery could be very persuasive for motivating smokers to quit," he said.

The scientists are not sure how loss of Y chromosomes in blood cells is linked with the development of cancer, although one possibility is that immune cells in blood that have lost their Y chromosome have a reduced capacity to fight cancer cells.