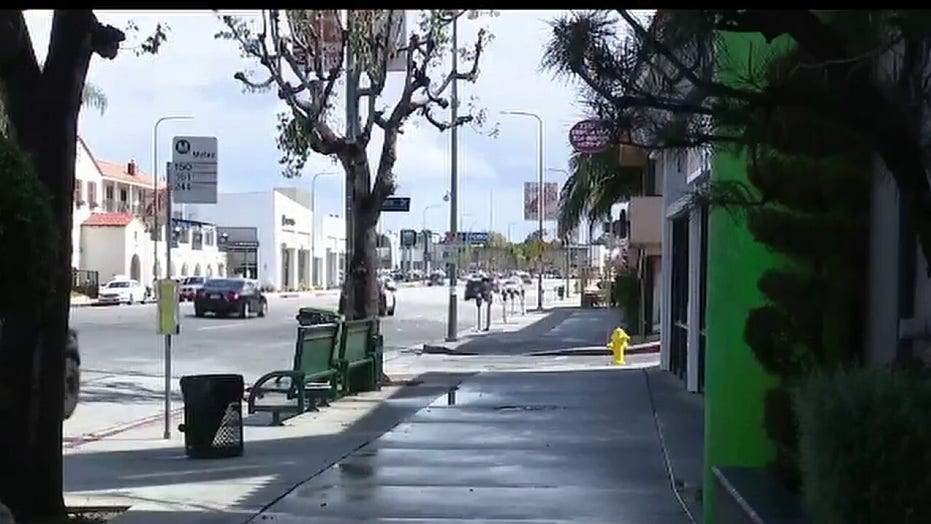 Nine California counties ordered to shelter in place, affecting the lives over 7 million people in the San Francisco Bay Area and Central California.

San Francisco Mayor London Breed appeared on CNN's "The Situation Room" Wednesday night to respond to Jake Tapper's viral reaction to a viral video clip that showed people exercising in the city amid the coronavirus outbreak.

"There you see San Francisco's interpretation of a shelter in place," Tapper said of the video clip on Tuesday. "First of all, we see a whole lot of people here who are not distancing, they are holding hands and walking down the street and normally I'd say bravo, but this is actually kind of enraging."

Breed,  however, said it is permitted in the city to go outside to work out.

ICE TO HALT MOST DEPORTATION EFFORTS AMID CORONAVIRUS

Breed said the city has closed hair salons, barbershops, and retail shops while allowing essential services to remain open and available to the public.

A deserted Fisherman's Wharf is seen on Wednesday, March 18, 2020, in San Francisco. Officials in seven San Francisco Bay Area counties have issued a shelter-in-place mandate affecting about 7 million people, including the city of San Francisco itself. The order says residents must stay inside and venture out only for necessities for three weeks starting Tuesday. (AP Photo/Ben Margot)

The mandate, which went into effect on Tuesday, orders residents to avoid unnecessary travel and only leave their homes for food, medicine, and exercise, according to county officials who made the announcement. It encompasses nearly 7 million people.

If you aren't sick, those outdoor activities are fine as long as you practice social distancing, which can limit the spread of the virus. It's particularly important because the virus can still spread even when you don't have symptoms due to its estimated 14-day incubation period.

Social distancing is described as "deliberately increasing the physical space between people to avoid spreading illness," according to Lisa Maragakis, the senior director of infection prevention at Johns Hopkins Medicine. An example of social distancing is canceling events that are likely to draw crowds.

COVID-19 is thought to spread mainly from person-to-person and through respiratory droplets produced when an infected person coughs or sneezes, according to the Centers for Disease Control and Prevention (CDC).

The agency says the virus spreads more frequently between people who are in close contact with one another (within 6 feet). Keeping away from that space lessens your chance of catching the virus.