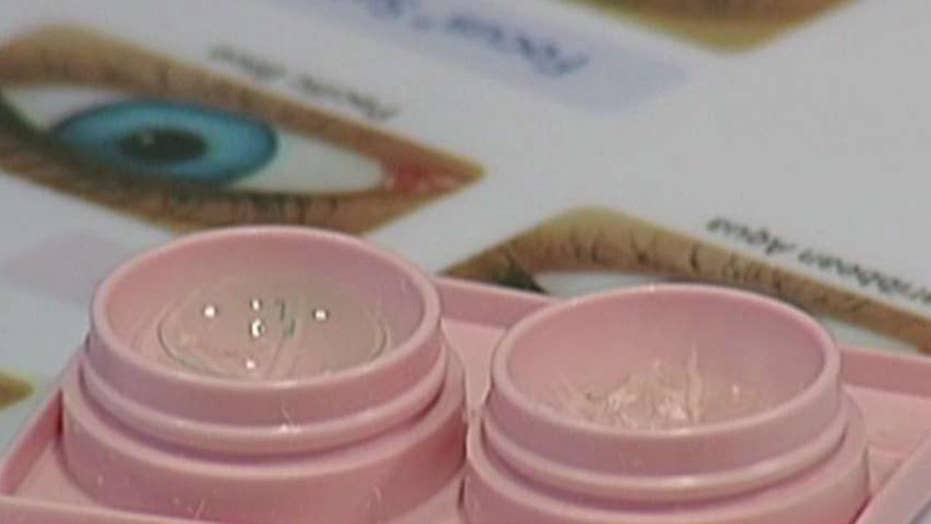 A Pennsylvania woman is blaming contaminated contact lenses for spreading a rare infection that's threatening her eyesight and causing a throbbing pain.

Tori Gasho, 22, started noticing issues with her right eye shortly after graduating college at the start of the summer. Since then, her sight has only worsened — and now she's worried she could lose her vision in that eye completely.

Gasho was recently diagnosed with Acanthamoeba Keratitis — a serious condition caused by tiny amoebas called Acanthamoeba that infect the covering of the cornea, according to the Centers for Disease Control and Prevention (CDC).

These types of amoebas are commonly found in large bodies of waters such as lakes or oceans, but they can also travel through the air and seep into soil, the agency notes.

"It's all over, it's in regular tap water, pool water, the ocean, it's really all over the place," Christopher Rapuano, chief of the Cornea and External Disease Service at Wills Eye Hospital in Philadelphia, told WPVI.

OREGON WOMAN HAS 14 WORMS PULLED FROM EYE AFTER RARE INFECTION

People who wear contact lenses are more likely to contract the infection. In the U.S., roughly 85 percent of Acanthamoeba Keratitis cases involve contact users, the CDC last reported in 2012.

The best way to avoid getting an infection is to properly clean your lenses with contact solution — never tap water — daily, the CDC suggests.

The infection can be hard to treat, though there are several medications available to those with the infection. The medicine must be prescribed by your eye doctor, who will come up with a strict course of treatment that could last several months.

Gasho realizes she has a long road to recovery ahead of her. But for now, she just hopes to "get [her] eye open" and "see a little."